A big thanks to all the fans who turned up at the California Plaza in Downtown Los Angeles, last Saturday!  The evening was a complete success.  BrEndAn’s Band opened first, finishing their set with Brendan McCreary’s original song “When Will the Work Be Done,” that was featured in the “Battlestar Galactica” finale.  As the sun set, the Battlestar Galactica Orchestra took the stage… 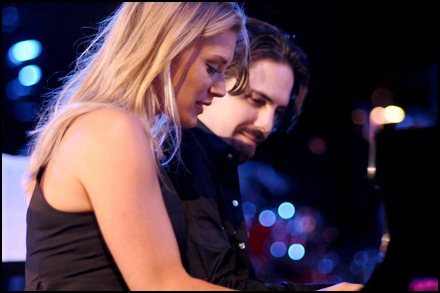 For the last song, Kara Thrace herself, Katee Sackhoff, joined me on stage at the grand piano to play “Kara Remembers” (from the forthcoming Season 4 Soundtrack Album).  I played the left hand part, and she plucked out the Final Four Theme, just as she did in the climax of Someone to Watch Over Me.  Once we had the Final Four Theme going on the piano, the band snuck in, building to “Heeding the Call” and finally “All Along the Watchtower.”  The writers and director of Someone To Watch Over Me were in the audience, so this was a very special moment for Katee and me. 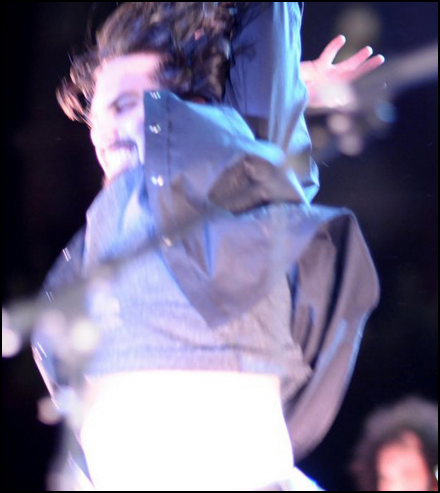 This is apparently what I look like when I’m conducting. 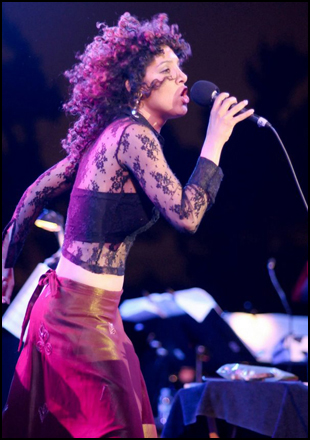 The lovely Raya Yarbrough joined us for “A Distant Sadness” and “Lords of Kobol.” 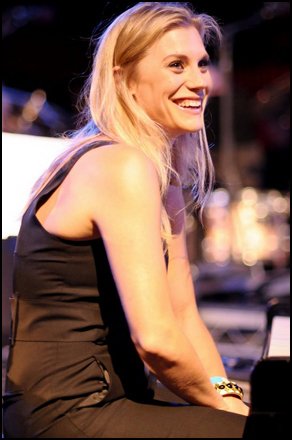 Katee at the piano 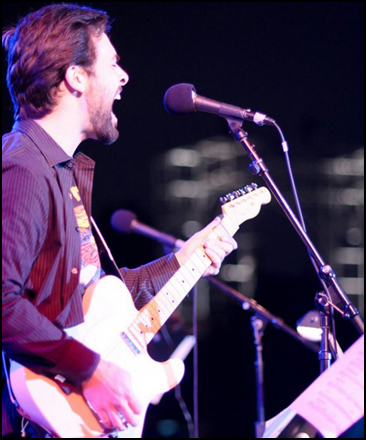 Brendan McCreary performing “All Along the Watchtower.” 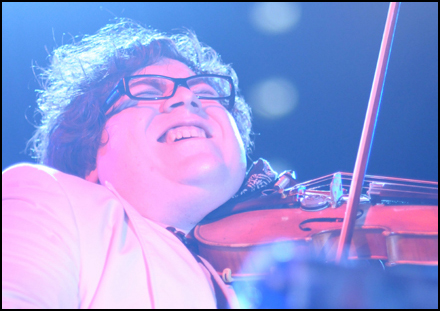 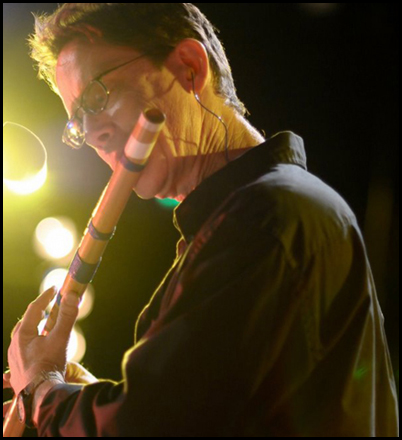 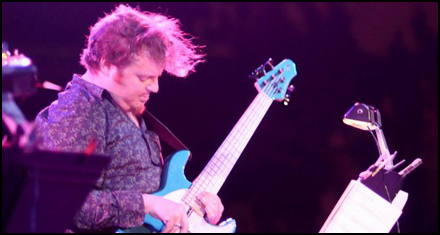 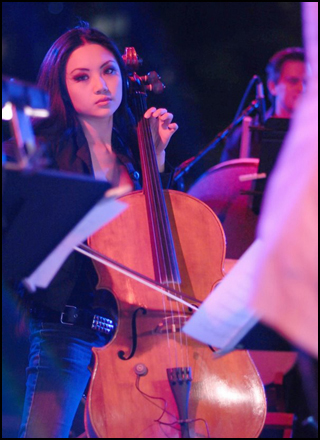 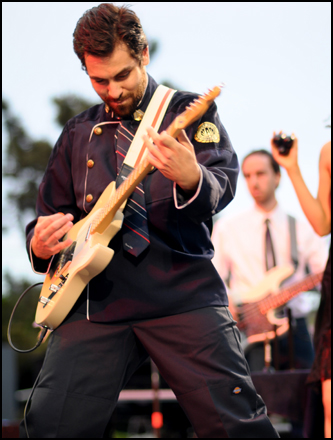 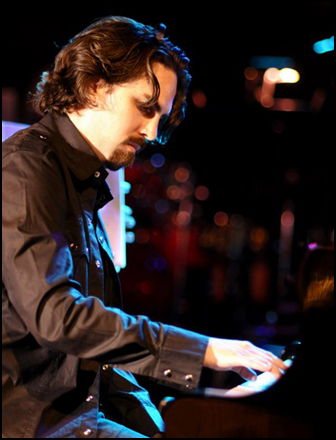 This concert was the world premiere performance of “Dreilide Thrace Sonata No. 1,” that will be featured on the forthcoming Season 4 Soundtrack Album.  As I told the audience that night, the compositions Slick plays during that episode were my sketches, composed on set during the filming.  Just as the character Slick searched for the soul of his music, so I toiled and searched, sketching various musical themes and motives.  At the end of the episode, Kara plays the recording of her father performing his “Sonata,” but we only hear about a minute of it.  The audience at California Plaza last Saturday became the first in the world to hear the complete “Sonata.” 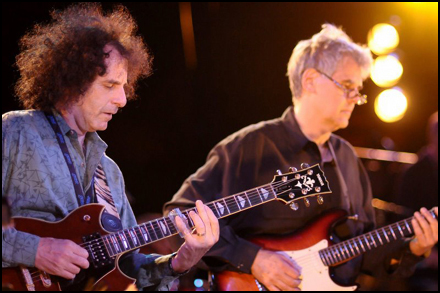 Ira Ingber (L), whose  slide guitar has graced countless film scores including Midnight Run, played an intense solo during “Dirty Hands.”  Steve Bartek (R) has played on all my projects since the beginning and, of course, was the lead guitarist of Oingo Boingo for nearly 20 years. 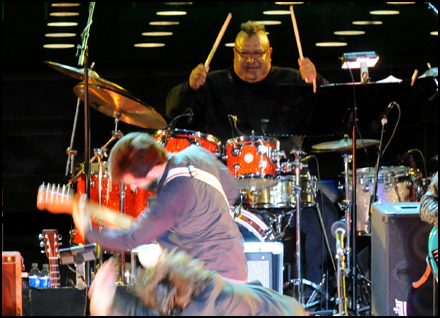 Speaking of Boingo, drummer Johnny “Vatos” Hernandez held down the line of percussion in the back. 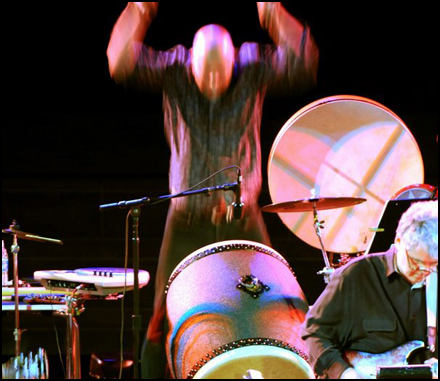 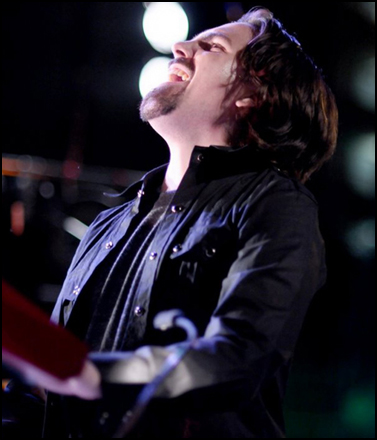 Remember Nigel Tufnel’s solo in Spinal Tap, when he made THIS EXACT FACE?  Pretty awesome. 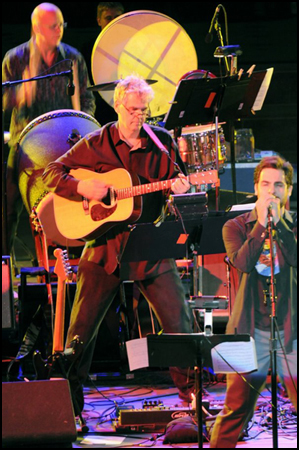 Brendan sang the lead vocal on “Gaeta’s Lament,” a unique arrangement of it I made specifically for the concert. 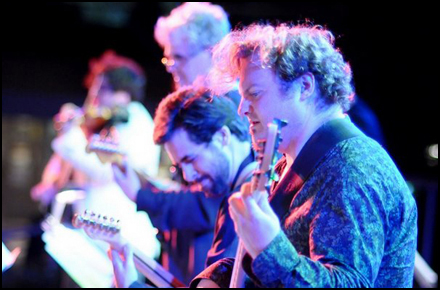 The front line of guitars, Paul in the background. 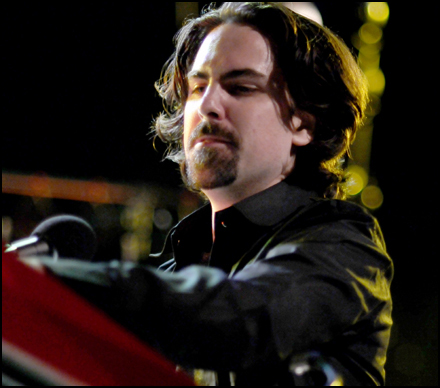 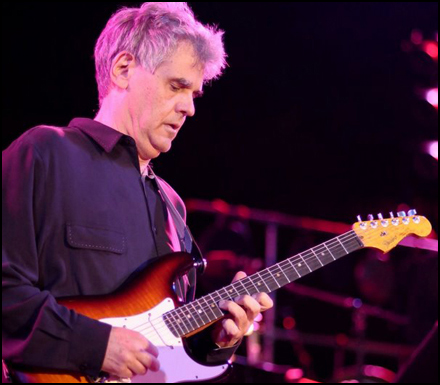 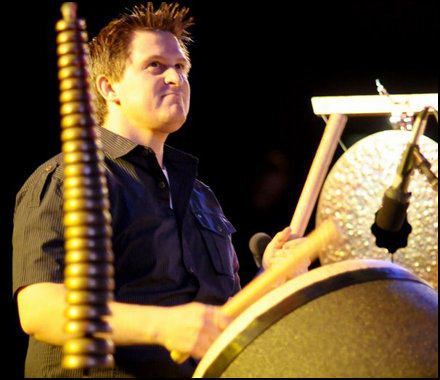 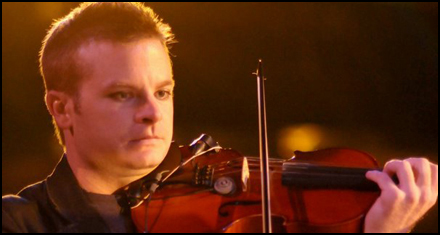 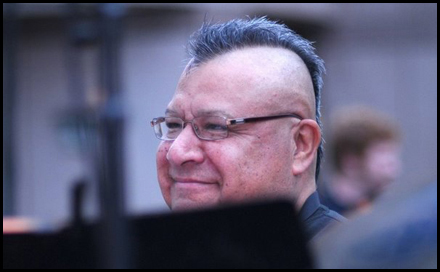 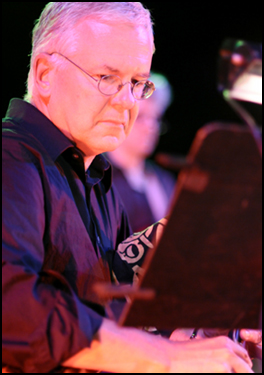 Richard Cook played with us for the first time, lending his Irish Whistles and Uilleann Pipes to “Wander My Friends.” 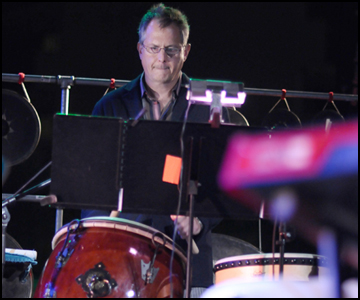 Percussionist Bruce Carver brought his entire array of gongs, visible behind him. 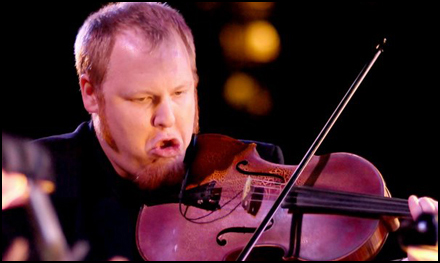 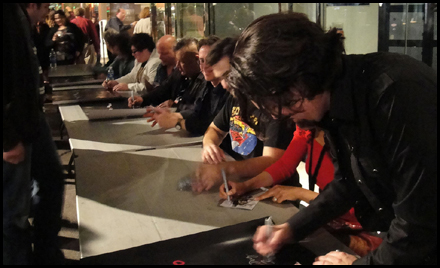 (Thanks to PopCultureGeek for the pic!)

After the concert, the entire band and I signed Battlestar Galactica and Caprica CDs, as well as limited edition “Music of Battlestar Galactica” posters that are only available at our live events.  I’m hopeful that we’ll sell these online soon as well, so those of you who can’t make it out have a chance to get these two beautiful designs by artist Andrew Craig (who also took all these amazing photographs!).

During the signing, I met fans from all over the country who had flown or driven in to see this event, including a girl from NEW ZEALAND, who was here just to see us! 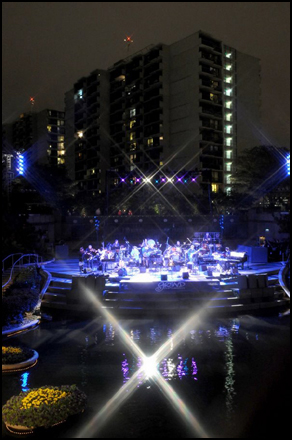 A thunderous performance beneath the stormy skies.

Even though the venue said it wasn’t allowed, many fans got video footage (thanks!) 🙂  Here’s the ENTIRE concert, courtesy of Erik at FilmsInFocus.  If you guys have more, post links either in the comments below or in this entry.

“When Will the Work Be Done”
BrEndAn’s Band, Opening Act

“Kara Remembers,” “Heeding the Call” and “All Along the Watchtower”

If you missed this incredible show, you can still catch us at the House of Blues in San Diego on July 23, 24 or 25th!  Tickets are now available, but they will sell quickly.  The July concerts will feature surprise guests as well as an expanded set list with even more new material from Season 4.  And the HOB shows will be your first chance to pick up the highly-anticipated Battlestar Galactica: Season 4 soundtrack album!  I will make more announcements about the July concerts in the coming weeks because there are exciting developments that are just a bit too early to share with you yet.  So keep checking back here frequently.