James Rolfe (aka “The Nerd”) brings his popular web series to life with Angry Video Game Nerd: The Movie! Rolfe turned to Bear McCreary for the music.

The Soundtrack also features two songs from the band Young Beautiful in a Hurry, “Nerds Before Birds” and “Barcade,” written by the band’s Brendan McCreary, who regularly collaborates with Bear on the TV series Defiance and other projects.

“The music combines a full symphonic orchestra, heavy metal rhythm section and custom sampled synthesis from NES, Super Nintendo and SEGA Genesis hardware,” McCreary described “For this score, I got to live out all my musical fantasies, combining influences from my favorite video games and film composers that inspired me when I was a kid. I can honestly say that the score for Angry Video Game Nerd: The Movie is without doubt the most fun score I’ve ever produced,” said McCreary. “I also got to incorporate the iconic ‘Angry Video Game Nerd Theme Song,’ and collaborate with its composer, Kyle Justin.”

As a life-long fan of video games, I have often sought out projects where I could subtly reference the videogame music I remember fondly from my youth. I threw that subtlety out the window with my adventurous score to “Angry Video Game Nerd: The Movie.” Check out exclusive soundtrack excerpts and interviews with me and James in my new video blog:

END_OF_DOCUMENT_TOKEN_TO_BE_REPLACED 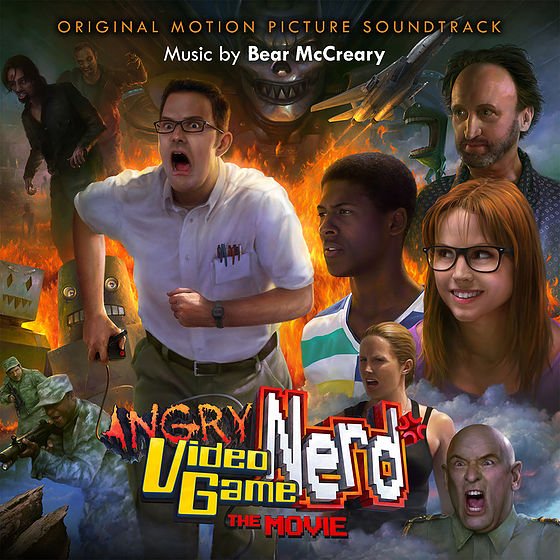