As many of you probably already know, this week is the second and final BATTLESTAR GALACTICA AUCTION, May 8 – 10, 2009 at the Pasadena Convention Center:  your last chance to own a little piece of BG history… at least until half the stuff ends up on eBay again for ten times as much in a few years! 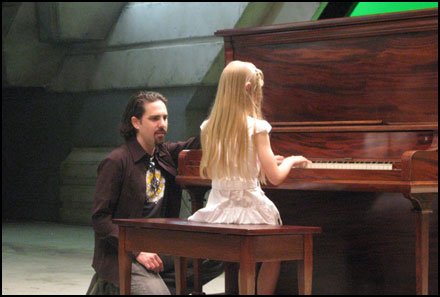 (This piano is up for auction, however Slick’s piano from Joe’s Bar was sadly destroyed because it was deemed damaged beyond repair.  Too bad.)

Thursday May 7th is PREVIEW DAY and there are some very special events happening (all the details are available at the official site). 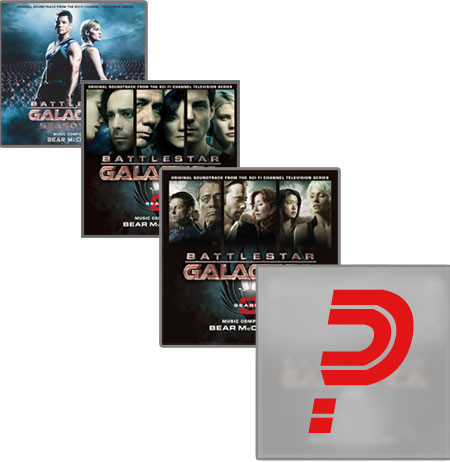 In other news, this has been an interesting week for Battlestar-related projects.  I’ve been working away on the Battlestar Galactica Season 4 Soundtrack CD for weeks already.  All of your comments and suggestions have proven invaluable as I’ve gone through each episode cue by cue, looking for the best moments for the album.  I’m not quite finished picking out the tracks, but almost there.  Hopefully, I’ll have a track list done in a month or so.

Even at this early stage, I can assure you all this record will live up to and quite possibly exceed its wildly inflated expectations.  This 2 disc set will be the crowning achievement of my Galactica career, and I can’t wait to share it with all of you.

But the album is not the only BG project getting underway for me right now (and no, I’m not talking about “Battlestar Galactica: The Plan”).  I have several VERY exciting announcements in the coming weeks, and at least one will be made in the next 48 hours.  I wish I could frakkin’ tell you guys right now, but I have to wait until all the details are finalized.

See you Thursday night in Pasadena.