“Dirty Hands” focuses on the workforce within the fleet that we rarely see, the men and women struggling in the background to get their jobs done. Their work is neither glamorous nor rewarding, and when they stand up to demand better conditions, they are shut down by Roslin and Adama. Chief Tyrol begins to suspect their cause is just and eventually leads them on strike. 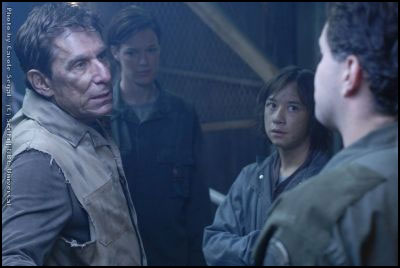 Believe it or not, my personal inspiration for this episode actually stemmed from my favorite episode of Batman: The Animated Series. I loved this series when it was on the air in the early 90’s. I firmly believe it has what could be the greatest television soundtrack of all time, scored by Shirley Walker and her amazing team of composers. Shirley, who conducted and orchestrated many scores for Danny Elfman, took the Batman mythology into incredible new musical realms, far beyond anything created for the feature films. Her themes for Batman, the Joker, the Penguin, Catwoman and the other characters have always stuck in my mind as their definitive musical identities. 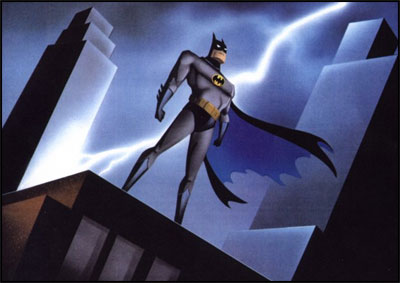 I had only one opportunity to meet Shirley, in the spring of 2002, at an ASCAP Film Music Seminar in Hollywood. I introduced myself, spoke with her briefly and was as star-struck as I’ve ever been since I moved to Los Angeles! In an odd twist of fate, moments after I spoke with her, I got a phone call from a friend who had just arranged my first meeting with Oingo Boingo guitarist and Elfman collaborator Steve Bartek. In the years to come, I would end up working with Steve on virtually every project I took on, including Battlestar Galactica. So, I know that fateful day must have meant something in a weird, cosmic sense. 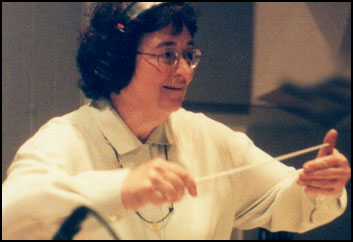 Sadly, Shirley Walker passed away in November. I read the news while I was scoring “Unfinished Business” actually, which made it that much harder to get through that episode. Since then, I’ve been going back through the DVD releases of Batman: The Animated Series and enjoying them all over again, this time savoring the scores for the incredible achievement they are.

In the episode “The Forgotten,” Bruce Wayne loses his memory and ends up a prisoner in a work camp, slaving away in a mine shaft for a fat, oppressive gang leader. Each episode was scored with an orchestra, and this was no exception. However, this one was also tinted with blues guitar and harmonica, a theme for the savage working conditions the captured men were toiling under… a sort of “Working Man’s Blues.”

Which brings me finally back to Battlestar Galactica.

Ron Moore asked specifically for a theme for the common, working men and women depicted in “Dirty Hands.” A few days earlier, I had just re-discovered “The Forgotten” on DVD and Walker’s use of the blues immediately sprung to mind as an incredibly effective musical depiction of harsh working conditions.

As a tip of the hat to Shirley Walker’s Batman scores, in particular “The Forgotten,” I tinted the score with shades of the blues: a solo dobro and electric bass.

The riff is a departure from the ethnic and ethereal tone of the rest of the score. It’s meaner, nastier… has “some grease to it” as John Avila said as he was laying down the bass line. 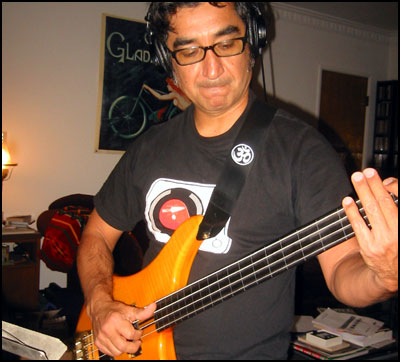 Despite the instrumentation, my “working man blues” still fits in the eccentric musical world of Battlestar. The unusual 7/4 meter sets it far outside mainstream blues music (the only truly famous 7/4 blues lick I can think of is Pink Floyd’s Money). Also, we’ve used the dobro’s signature sound to great effect on Galactica in the past, most notably on The Cylon Prisoner from “Pegasus.” 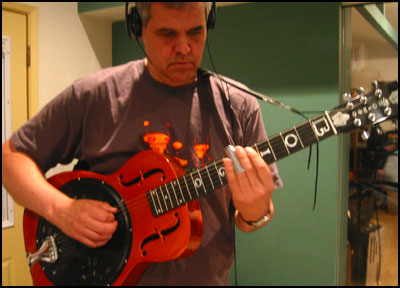 The teaser’s montage, as well as Tyrol’s decisive march to shut down the refinery were ideal places to introduce this musical identity for the working class. The dobro also returns in the fourth act for a warmer, more resolved version of the theme as Tyrol discusses the union with President Roslin.

This might seem like a long description of an extremely subtle musical connection, but I think its important to acknowledge the artists who inspire you to become a musician in the first place. Shirley Walker was one of those for me. I just watched the Academy Awards ceremony tonight and noticed that she was criminally neglected from the tribute to artists we’ve lost in the past year. I guess its fitting that “Dirty Hands,” my own little tribute to her, is airing tonight.