When I first watched this week’s episode, it was clear from the beginning that the score would require new musical ideas. The story centers around Danny “Bulldog” Novacek, a pilot long left for dead who mysteriously returns to the fleet and immediately raises suspicion within the crew. 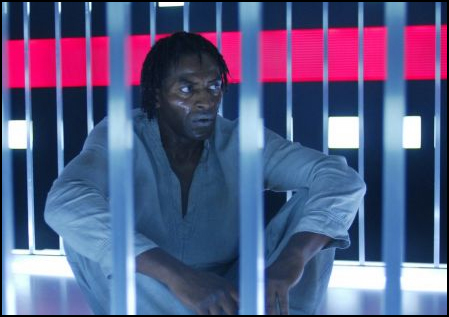 In general, I only write thematic material for characters who matter in the grand scheme of the series, in hopes that the character will return at a later point in the story. In rare cases I make an exception in order to give a guest star a particularly resonant musical voice. For example, Bill Duke’s Phelan from season two’s Black Market required his own theme, since all the events of the episode led up to his eventual stand-off with Lee.

Hero was obviously another such case. Novacek’s mysterious past drives nearly every scene in the entire show, and it was clear he required his own theme as well. I wrote for Novacek an odd and emotionally ambiguous melody that is stated throughout this episode, usually on the duduk, though often doubled with electric sitar and other ethnic stringed instruments:

But that was clearly not enough to set his character apart, so I added a string quartet which became the most striking musical presence in Hero. This minimal ensemble has been very useful in previous Battlestar Galactica scores, including Tigh Me Up Tigh Me Down, The Farm, Scar and Torn.

For those episodes, the quartet was used to create an intimate, emotional score. For Hero, the quartet instead added a frenzied, driving, suspenseful rhythmic engine (very much inspired by Hitchcock’s collaborations with composer Bernard Herrmann): 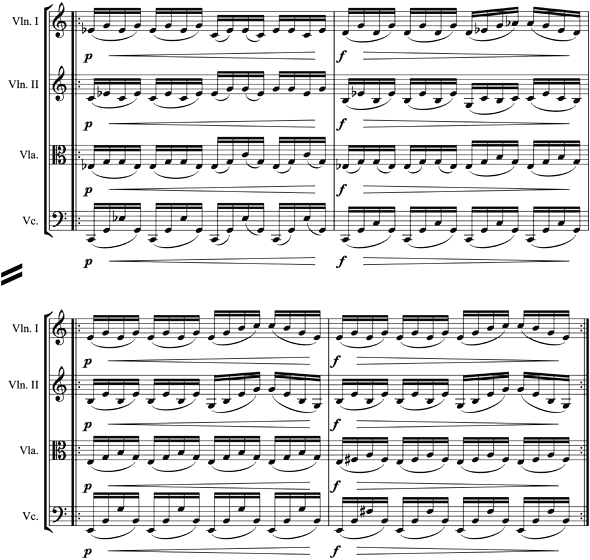 The strings make subtle appearances when Novacek first arrives and again when he explains his ordeal to Adama, but their full statements are in Act 3, beginning with Starbuck and Tigh discussing Novacek and continuing on through Danny’s fight with Adama.

Combining the energy of the quartet with the haunting quality of the duduk and sitar, I arrived at “Novacek’s Theme.”After coming up with these musical building blocks, I set out to score the episode (for this entire creative process and composition of 30 minutes of music I had 4 days!). The suspense and mystery played out great, but there was still an element missing, something to help underline Novacek’s ultimate redemption at the episode’s end. For this, I composed the final component of Novacek’s theme:

The harmonic rhythm is much faster and resolves around C major, a welcome breath of fresh air after all the C minor to E minor angst in the majority of the episode. The result is a noble, heartwarming passage contrary to the intentional ambiguity and suspense of the rest of the theme.

…once when Novacek arrives. The crew watches in disbelief as this mysterious figure rises and salutes Adama. After a pause, Adama returns the salute. This theme is stated very subtly in dark string textures and the solo duduk…

…and once more, when Novacek leaves the very same hangar bay at the story’s conclusion. Danny salutes Adama and Adama returns the gesture. This time, the theme is orchestrated with warmth and depth, played by the string quartet, duduk, sitars and the entire Galactica score ensemble. This simple chord progression book-ends the episode and Novacek’s arc.

I can’t say for certain that Novacek will return in future episodes, but I for one hope he does. I’d love to bring this theme back again sometime soon. 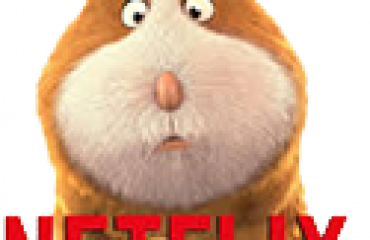 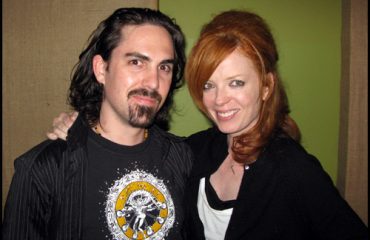