SPOILER ALERT, AS USUAL: While each episode is exciting on its own, the first quarter of Season 4 is essentially laying the groundwork for bigger events down the line.  As a result, Escape Velocity is a bit of an odd episode.  So much of it is setting up future storylines that the episode itself is paced slower and more deliberately than most.  It’s a relatively calm and introspective story, and I loved the opportunity to write a more spiritual, dark score without the added pressure of frantic action cues (although I still got a few good ones in there). 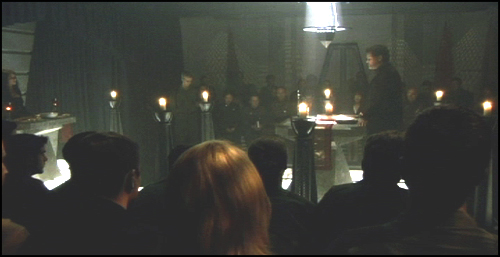 The episode begins with Cally’s funeral.  It would have made sense to bring back the Cally Theme from last week’s episode but… I hadn’t written it yet!  The editing schedule forced us to complete Escape Velocity before Ties That Bind, so I actually had to score her funeral before her death scene in the previous episode.

In the end, it worked out for the best.  The Cally theme focused too much on her madness and paranoia to be effective in this context anyway.  This scene needed to reflect only the crushing impact her loss has had on Chief.  With no Cally theme to draw upon, I instead brought out the trusty ol’ Religious Ceremony Theme:

This chant-like melody was originally written for Season 1’s Act of Contrition, (check out “Two Funerals” from the Season 1 album).   It’s had a few other appearances, most notably Admiral Cain’s funeral in Season 2’s Resurrection Ship, Part II.  So, using it here seemed very appropriate.  I think of this theme almost as source music, as if a musician off-camera were actually playing it at every religious service.

Admiral Cain’s funeral was the last time I arranged this melody, and I’ve learned a lot since then.  The sound of the Galactica score has become richer and more sophisticated, layered with even more percussion and soloists.  As a result, the score to Cally’s funeral, entitled “Lament for Callandra,” is among my personal favorite religious-themed cues in the entire series. 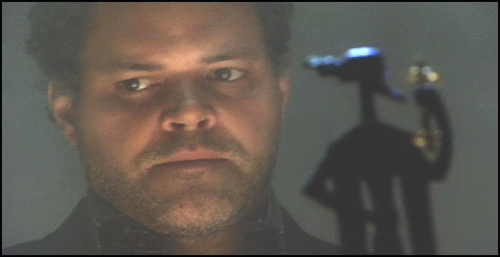 Ultimately, “Two Funerals” is still the more dynamic and exciting piece.  However “Lament” has a lush sonic texture that effectively brings to mind the most sublime and bittersweet religious overtones of Battlestar Galactica.

And speaking of bringing old themes off the shelf, Col. Tigh’s visions of his dead wife, Ellen, allowed me to bring back and substantially develop the Colonel Tigh Theme (“Martial Law” from Season 2):

Originally written for brass and choir, the theme first appeared in Fragged and represented Tigh’s transition from second-in-command to bad-ass military dictator.  At the outset of Season 3, when he became a very dangerous and unpredictable insurgent, his theme was re-scored for bansuri and gamelans.  This created a gentler sound, adding layers of mystery and malice, a more nuanced approach than the bold, brassy statements from “Martial Law.” 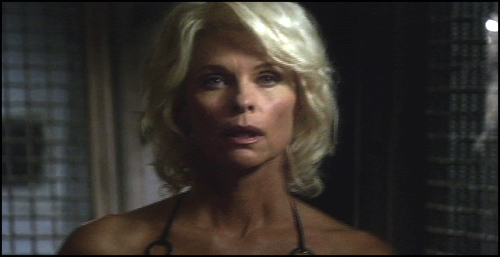 For Escape Velocity, this musical evolution continues.  Tigh’s theme is now scored for a duet of duduk and electric violin.  The mode has been altered as well, lowering the 2 of the scale, taking us away from Western music and into Middle Eastern modal tradition.  The melody was formerly set against a powerful D-minor tonic, yet throughout Escape Velocity, the harmonies shift continually, never truly resolving to any obvious major or minor tonic.  Tigh’s theme was originally scored as a testosterone-filled ode to military machismo… and has now completed its gradual transition to an introspective, trippy, tonally-ambiguous melodic whisper.  Yet the core melody of Tigh’s theme is clearly identifiable.  And this newly-revised Tigh theme appears in every scene where he visualizes 6 as Ellen.

Roslin and Adama’s theme is also brought back in this episode:

First introduced during season 2’s Resurrection Ship Parts I & II, it has made several appearances throughout the seasons, most notably in Unfinished Business.  It returned briefly in Six of One, in the moments after Laura and Bill’s understated, yet incredibly upsetting, argument. 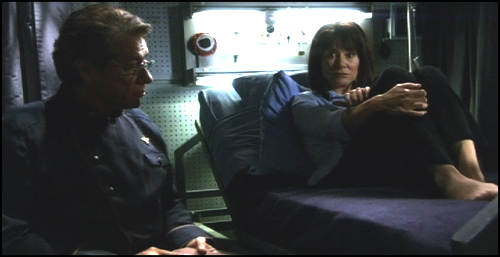 Their theme is played in full this week, during a touching exchange as Bill reads to her at her hopsital bed .  This melody is unique because it can be set against sad or uplifting moments without changing the arrangement whatsoever.  The tune itself is inherently hopeful and melancholy, and so perfectly captures the tone of their relationship.  This is a theme that will continue to develope in the coming episodes. 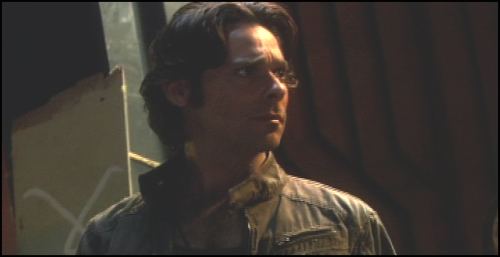 Escape Velocity also focuses on Gaius Baltar’s continued evolution into a prophet, so the Spiritual Baltar theme (the progression of C#, G7, Bbm and A9) first written for He That Believeth… gets a lot of screen time.

The scene where Baltar and his cult disrupt the Colonial religious service was extremely exciting for me to score.  As he rallies his followers, his theme begins in slow, arpeggiated statements.  Before long, unexpected swinging taiko rhythms swell from beneath as he charges into the church. 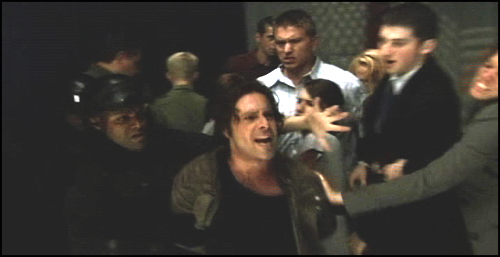 This is the first time that his Spiritual theme has been incorporated into grooves this aggressive.  It almost works as an action cue, but still retains very religious overtones.  (I pulled off a similar percussion-religion balancing act when Tyrol discovered the Temple of Five in Season 3.)

The other Baltar moment I really loved scoring was his speech during the closing 3 minutes of the show.  The spiritual Baltar progession repeats relentlessly for the entire scene, almost as a mantra.  But, it gradually gets bigger; expanding countrapuntal lines weave outwards from the central melody while the strings and percussion sneak in. 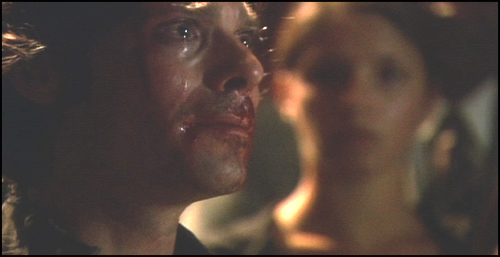 At it’s climax, the music suggests we’re approaching a euphoric religious epiphany, but the score hesitates.  When Baltar finishes his speech and the audience erupts in fanatical ovation, the music does not join them.  Instead, the perceived tonic of C# resolves to an unexpected and dark Bbm.  The yialli tanbur, duduk and zhong hu sneak in, playing Baltar’s Original Theme, which is more menacing than it’s Spiritual Theme counterpart. 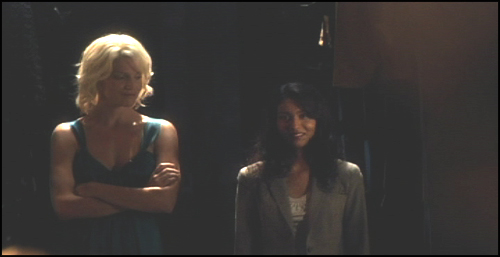 There’s something sinister in Baltar’s transformation, yet we as the audience don’t know what it is.  6 and Tory watch him from the sidelines, and the smiles on their faces might have been lost if the music were joyous and celebratory.  But the darkness in the score focuses our attention on them.  The Cylons in the audience are happy with Baltar’s newfound religious faith.  That’s probably a bad thing for humanity. 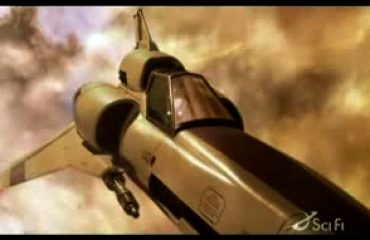 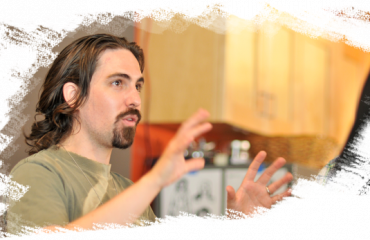 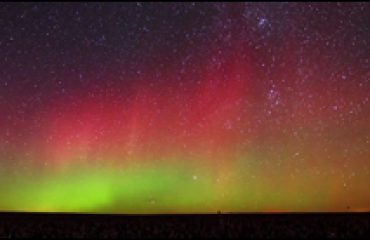