Episodes where a major character is killed off generally require a complex and almost Operatic approach to scoring.  Not only are these death scenes important in the larger story arcs, but I also feel compelled to provide an appropriate send-off for the actor or actress who is leaving the series.  I want to make sure that their (presumably) last moments on the series are good ones.  The Ties That Bind was the first such episode in Season Four, though I have since discovered that it is certainly not the last. 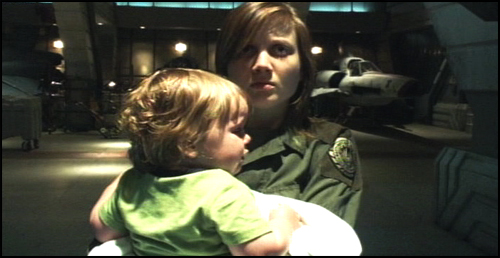 Cally’s storyline filled 20 minutes of the episode, and literally every second of it was plastered with layered, evolving music.  I knew immediately that I’d need a new theme for her.  Though she and Tyrol have had a love theme since Season 1 (musical details here), it didn’t have the emotional range to capture her frustration, anger, disorientation, confusion and ultimate madness.  Their original theme does make several appearances in the episode, but the majority of Cally’s scenes are underscored with this new melodic idea:

Cally’s theme is performed very slowly, by an electric fiddle and bansuri, creating more of an ambient texture than a hummable tune.  And it is always accompanied by a Middle Eastern lute called a lafta.  As the episode continues, this guitar-like presence becomes more and more aggressive.  By the third act, when Cally learns her husband is a Cylon, the energetic lafta riff has come to the forefront, backed up with dumbeks, frame drums and other exotic percussion.

The last two acts of the show are a non-stop Cally marathon, with no scenes about any other subplot.  Every cue features Cally’s theme, with some variation of the lafta riff.  These scenes needed to drive forward to the shocking finale, but I worried that too much repetition in the music would lessen the impact.  The real challenge was in not boring the audience with 20 consecutive minutes of the same music!

The tempo and intensity of each cue adjusts to fit the needs of each Cally scene.  As she learns the awful truth about her husband and looks back on their relationship in a series of insane flashbacks, the score pulses forward with a frantic Middle Eastern groove.  When she paces through her room, in a drug-induced haze, the music is much more ambient and sparse. 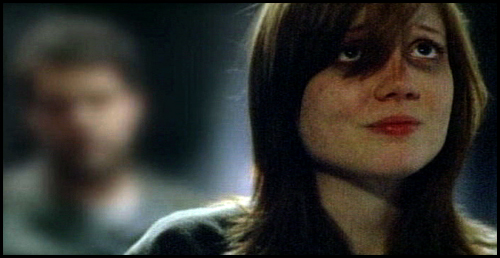 But, altering the tempo was not enough.  I needed a way to keep the music fresh throughout the episode, so I carefully mapped out all the key areas before composing.  I usually spend little time and energy worrying about keys, but the long stretches of Cally scenes in this episode required thorough pre-compositional planning.

Even though the average listener couldn’t identify D minor from C minor if their life depended on it (a genetic knack for “perfect pitch” or a highly-trained musical ear are required for that), the shift from one key to another is a jarring and extremely noticeable musical event.  A transposition upward tends to feel exciting and joyous (Michael Jackson uses this trick twice in “Man in the Mirror”), and key shifts downward seem to make the music feel darker.  In the case of The Ties That Bind, the keys of each Cally scene continue to  drop lower and lower throughout the show, representing her descent into madness and confusion.    It’s a gradual musical shift, but one that will be subconsciously noticed by the viewer.

Cally’s theme in the first act is always stated in F, over long drones of the root of the chord. 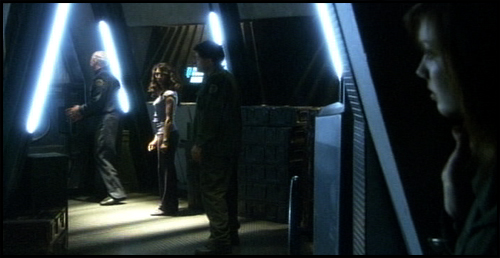 However, when she watches Tyrol and the others go into the weapons locker for a secret meeting, her theme shifts down a half -step to E.  When she learns the truth that her husband is a Cylon, her theme suddenly shifts down again to Eb. We stay in Eb for the beginning of the last act, until she strikes Tyrol with a wrench.  With that blow, the music drops another half-step down to D, where we stay for her long, dramatic walk through the hallways with Nicky.

I planned these transpositions so that the next shift (down to Db) would coincide with Tory’s appearance in the airlock.  Db minor is the key in which I set “All Along the Watchtower” for Crossroads Pt II and it has come to represent the Final Four cylons.  As Tory appears, the score drops from D to Db, and the very familiar electric sitar and tabla drone sneaks in. 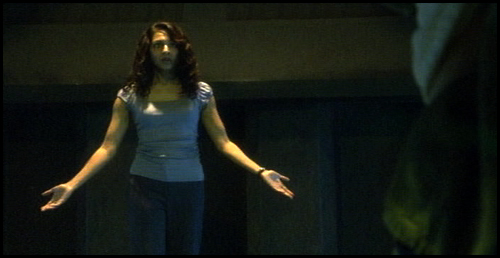 As Tory explains herself to Cally, the yialli tanbur, duduk and zhong hu play statements of the Final Four theme (which I explained in detail in my He That Believeth… entry).  In these first few episodes of Season Four, we have witnessed each of the Final Four react to the knowledge of their Cylon natures differently, yet this melodic theme has represented them all.  Here it underscores Tory reaching out to Cally, though the orchestration still suggests that there’s something unsettling about the whole situation.

This conversation was a delicate tight-rope walk for me, since I wanted to keep up the tension, but I also wanted to mislead the audience into believing that Tory might be genuinely trying to save Cally from making a terrible mistake.  And, naturally, I forgot to consider the hysterically screaming baby in the scene that renders this cue virtually inaudible anyway… this is what soundtrack albums are for I guess.  🙂

Regardless, the moment leading up to Tory striking Cally is an excellent example of musical misdirection. 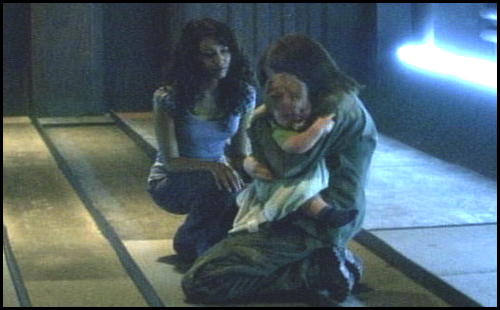 Cally falls to her knees, and Tory comforts her.  I scored this touching scene as if the episode were about to fade to black on a warm, resolved ending.  A solo duduk enters, playing a lush arrangement of the original Cally / Tyrol love theme:

This familiar tune, tracing all the way back to Season 1, washes away the sour, dissonant and melancholy Cally Theme that has reverberated throughout the entire episode.  And for a fleeting moment, it appears as if all is well.  Of course, we soon discover Tory is up to no good… 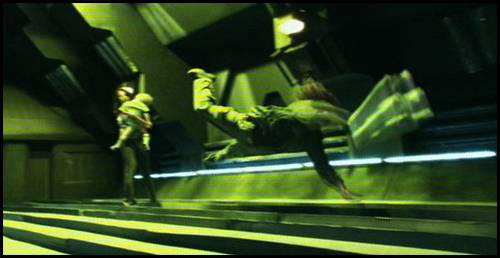 I personally felt that the opening title drum montage betrayed this wonderful moment, since we clearly saw Tory smacking Cally.  So, you guys will have to let me know if this fleeting moment of compassion actually tricked you or not, but I hope it did.  🙂  For me, the sudden shift in tone when Tory knocks Cally back is one of the most vicious and brutal moments in the entire series and I’m thrilled that the score could play such an effective and sneaky role.

After she’s down, the Cally theme drops one final half-step to it’s absolute lowest key.  We’ve come full circle from F to it’s fifth: C.  At this point, her theme has lost all emotional ambiguity, representing only sorrow, defeat and death.  The lafta bursts out one more suspenseful riff as Tory turns the airlock key and our beautiful Cally is blasted into the cold, unforgiving vacuum of space. 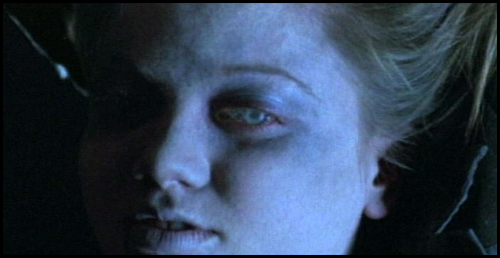 Then the music becomes still, reduced to a solitary drone on the lowest C in the strings.  We hear one final strain of Cally’s theme as the camera reveals Tyrol grappling with the news of his wife’s death, a theme that echoes away as we fade to the darkness.

PS: Big thanks to all the fans who turned out for the massively successful Music of Battlestar Galactica concerts at The Roxy this week!  There’s nothing like hearing 500 people chanting “SO SAY WE ALL!” I’ll post some multimedia highlights soon.  Also, if any of you got any decent video footage or photos and want to donate them it would be greatly appreciated.