Last year, I worked with Hal Leonard Publishing to release the “Battlestar Galactica” piano solo sheet music book.  The book contains my own personal piano arrangements of the most memorable and significant cues from the series.  I knew that BSG fans wanted to connect more directly with the score and the piano book gave them the basic DNA to reconstruct the music on their own instruments.

YouTube had already become a forum for fans to post their own performances of my music, even before there was any sheet music released.  So, I was pleased to see a virtual explosion of material pop up on the site after the book was released.  The videos range from the sublime to the ludicrous — some are genuinely skilled performances, others creatively entertaining short films, and everything in between.  A common love of the music of “BSG” threaded through them all.

I began assembling my personal favorites in a special playlist on my new YouTube channel.  And now, I’m presenting my official…

I’ve picked winners in two categories: Best Performances and Creative Interpretations. People can’t win in multiple categories, and songs can’t have multiple winners. Awarding physical trophies is a pain in the ass, so all winners receive a super-awesome digital trophy I made myself using my finely-honed photoshop skills. Winners can download it, print it up and put in an awards case for future generations to admire. Just click on your trophy for a high-resolution version. 🙂

Now, on with the awards!

These videos were selected to represent the most outstanding and accurate performances, judged on musicality, technique and mastery.  This category is for the more experienced musicians, playing the more challenging selections. And while I recognize that none of these performances are without flaw, the fact that people invested the rehearsal time necessary to charge through these challenging arrangements and play them with such passion is deserving of a round of applause.  And a stupid little digital trophy. 🙂

This is a truly outstanding performance.  I was struck by the flowing and moving interpretation. Check out around 2:39 for the most impressive feat — he handles the piece’s most difficult passage gracefully and even manages that ridiculously placed page turn at the same time!

“Elegy” is deceptively difficult. The beginning and middle are relatively easy, but the third refrain of the melody includes a tricky, sparkling line in the upper register that must be pulled off with grace, while dealing with some tricky leaps. Darthwhoever’s lyrical performance captures the essence of the piece.

This is one of the hardest pieces in the book, second only to “Prelude to War.” I was intrigued to see pianists tackling this one, and especially impressed with Justliam01’s interpretation.

Kreisau has recorded a half dozen of the songs from the book. All the performances are solid, but I was especially drawn to this “Battlestar Sonatica.” This piece is one of the more challenging pieces in the book, and the well-produced video is intercut with footage from the series, which makes it extra entertaining. Check out the graceful handling of the passage from 3:50 – 4:05, which is (in my opinion) the toughest part of the piece.

These awards go to the most creative and unusual interpretations of my “BSG” score.  These people took my piano arrangements and adapted them into their own unique arrangements to frequently surprising results.

MrSolidSnake has programmed five floppy drives to play the Final Five Theme section from “Kara Remembers.” Repurposing machines that were not built for music into a choir was an inspired stroke of creativity.  Maybe there’s more use for those old PC components sitting in my closet that I originally thought?

Insane Math Geek wins the largest instrument award because he’s playing a freaking pipe organ!  However, I would like to point out that he did an excellent job of transferring the music to the instrument. The signature “passacaglia” bass melody is moved to the feet, where it sustains in long tones. The two upper registers provide a variation in color between the steady ostinato and inner melodic lines. Honestly… this works much better on organ than it does on solo piano. The organ allows for a truer transcription of the intention of my original orchestration.

Sure, some of the harmonies aren’t right. I don’t care.  The idea is just so frakkin’ awesome.  Having the audacity to tackle this piece in a heavy metal style deserves recognition.  Surprisingly, there are parts of this performance that remind me of my own performances of “Prelude to War” with the Battlestar Galactica Orchestra.

Interestingly, I haven’t found any pianists who’ve mastered “Prelude to War.” As far as I know, the only pianists who have recorded it are myself and Joohyun Park for the BSG Solo Piano Album. (Oh, and I did an accordion orchestra version too!) So, muaddib54 wins the “Prelude to War” award easily, being the only fan to tackle “Prelude to War” and wrestle it to the ground, kicking and screaming.  Anyone else out there going to learn this one?  🙂

Ethan Bogdan posted incredibly creative videos.  I had a hell of time choosing between this and his very outside-the-box interpretation of “Battlestar Muzaktica,” performed in a bathroom stall similar to the one in the scene for which the piece was written.  However, I picked “Operatica” because it was the perfect combination of quirky visual storytelling (the video takes place in the opera house from Baltar’s visions and concludes with a popping toaster!) with genuinely skilled musical performances.

The ‘I Never Saw That Coming’ Award: “Pegasus”
Performed by Adam Sniderman

First of all, I would never have imagined that “Pegasus” would be transcribed to saxophone quartet. The results are quite fun. (I might have used this sound in the show if Admiral Cain and her ship were an interstellar circus.) But, you gotta add some points for visual flair too. Adam played each part himself and filmed the process each time, stitching the video together to create this truly unique piece.

Outstanding Achievement in What the Frak: “Roslin and Adama” for 3 Peters
Performed by PeterDaley72

These videos didn’t qualify for awards, since they are performances of music that wasn’t included in the BSG Piano Book. But, they are extremely awesome.

If you’re not one of the nearly 70,000 people who have seen this, you owe it to yourself to check it out. Brekke’s arrangement of “All Along the Watchtower” incorporates all the elements of my unique arrangement of the Bob Dylan tune and expertly translates them into a vocal ensemble performance. This is truly exceptional work, performed by an outstanding ensemble.

“All Along The Watchtower” in 8-bit
by MstrBlonde

I have a great affinity for 8-bit music (as you can see in this blog entry about Dark Void Zero) and was thrilled to see that someone took my arrangement of “All Along the Watchtower” and translated it into 8-bit. I was especially pleased that MstrBlonde captured the energy of John Avila’s improvised electric bass fills in slippery triangle waves. I always played around with the idea of doing some 8-bit BSG tracks, and just never got around to it.  So, I’m very happy this exists.

Artificial Fear’s heavy metal cover of my theme song for “The Walking Dead” is absolutely astonishing. He captured the harmonic and melodic content perfectly, but also added his own little rock riffs and ornaments, giving it a distinctly original sound. I always knew there was a metal soul to my “Walking Dead” score, but Artificial Fear found it and supercharged it. Horns high, dude. Horns high.

Honestly, there were way too many great videos to choose from, so don’t feel bad if I didn’t pick yours.  I encourage everyone to check out this playlist on my official YouTube channel and see just a few selections of all the unique videos fans have made. This list will continue to expand as videos pop up, so keep checking back.

If you want to see my own interpretations of these songs, I performed over half the book myself and put those videos in my own playlist. Or check out the fantastic performances by Joohyun Park on the BSG Piano Album released by BuySoundtrax.

There will be more activity here on my blog this summer, with multiple album announcements on the horizon.  I will be posting new video blogs and music clips of my current projects, so keep checking back.  As always, thanks for listening! 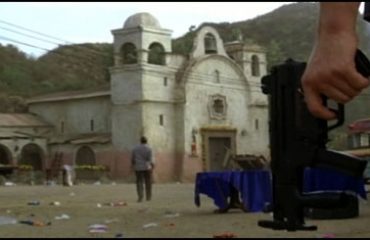 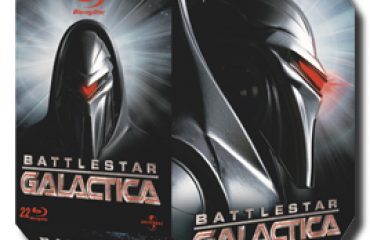 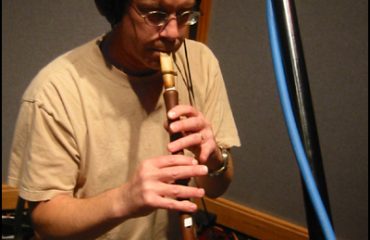