The Wrong Turn 2 album is a demented union of bluegrass, horror and techno.  Like the film itself, the music has a sick sense of humor to it. I also collaborated with Captain Ahab for two songs for the film.

The Battlestar Galactica: Season 3 album features my re-imagined version of Bob Dylan’s All Along the Watchtower, as performed by Bt4 and showcased in the stunning season finale.  It also includes over 70 minutes of score from the Peabody Award winning series’ third season.

Hope to see you there! If you miss the event, autographed copies of both are available from La La Land Records, but they usually go pretty fast. 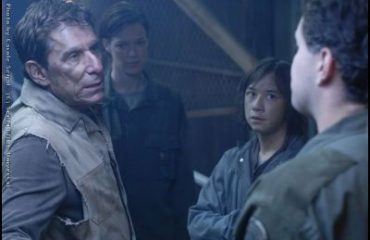