Hey gang, I’m getting ready to head down to San Diego for Comic Con tomorrow night.  It’s going to be a crazy week, but I’m looking forward to rocking out the House of Blues with all of you on Thursday, Friday and Saturday.  I’ll also make a few appearances at the convention and wanted to let you know about them.  If you’re around, stop by and say hi! 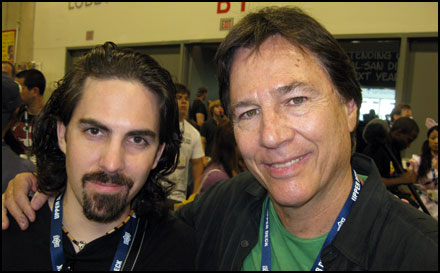 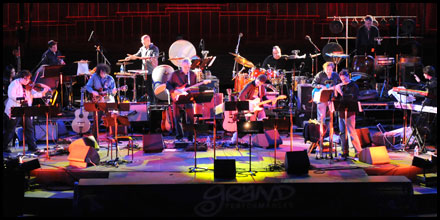 Each night of our shows will be a little different, but the THURSDAY NIGHT performance will be extra special.  Not only is it the first place on Earth to get autographed season 4 CDs, but you’ll hear world-premiere performances of new Galactica music from “The Plan” before anyone else.

Oh, and the Thursday night show will feature an EXCLUSIVE SURPRISE PERFORMER: a guest pianist who will join me onstage for a duet of the pivotal piano music from Someone to Watch Over Me that she… well, I don’t want to spoil it.  🙂

UPDATE 7-22: We just confirmed another surprise guest for Thursday, and a few more for Friday and Saturday.  I’ll give you a hint:  One of them is a Cylon and another one was a suspected Cylon!  🙂

This series of concerts will be the biggest I’ve ever done.  The set list is literally TWICE as long as the concerts at The Roxy and California Plaza.  We’re showing an exclusive sneak peek of the upcoming video documentaries on the BluRay release of Season 4.5, and you’ll see cast members discuss the music and what it brought to the series.  All this and a slammin’ rock concert!  This is not just a quick set, but an entire evening celebrating Battlestar Galactica.  Come join us and help bring this music to life on stage!

Wanna see our rehearsals?  Photographer Andrew Craig created this 360 degree photo at our rehearsal last night.  Click on the image below to see it: 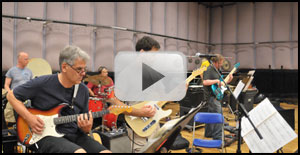 And that’s not even the full band! 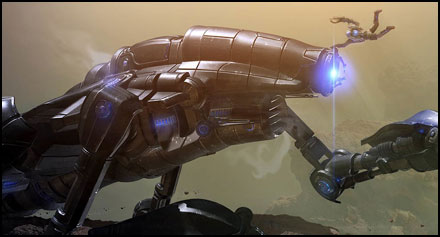 Booth on the Convention Floor
Noon to 1pm

I will be signing and meeting fans along with Dark Void producer Morgan Gray.  I can’t wait to see what Capcom will unveil of this highly-anticipated title.

If you haven’t heard of this game yet, check out my blog entry about it that includes score excerpts!  Also, Joystiq has an incredible gallery of images that are simply breathtaking.  And check out the official site where I’m guest blogging. 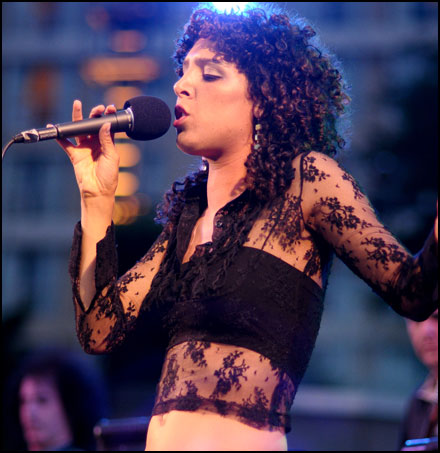 The VIP experience at the House of Blues shows is pretty awesome.  The VIP section includes access to the hosted VIP only balcony, bar & Delta lounge, a meet and greet with various talent from BSG, Caprica, & other SyFy shows and autograph signing with Bear McCreary and the BSG Band.  You also get the VIP Gift Bag, including a Bear CD (not sure which one, honestly), Chipotle burrito cards, Coca Cola Products, Limited Edition BSG Key Chains and BSG Season 4 Collectible items exclusive to Comic Con.

Comic Con this week presents the first chance to get your hands on the highly-anticipated new Battlestar Galactica: Season 4 soundtrack album, which officially releases next week.

A reader on my blog (thanks Duckey!) recently pointed out that it’s been climbing up the ranks on Amazon.com, even though it doesn’t officially release until next week.  BSG Season 4 is currently the #2 selling soundtrack album, outselling even the score for the new Harry Potter movie that just opened.  It’s very surreal to see my soundtrack wedged between two pop culture sensations such as Twilight and Harry Potter!  🙂 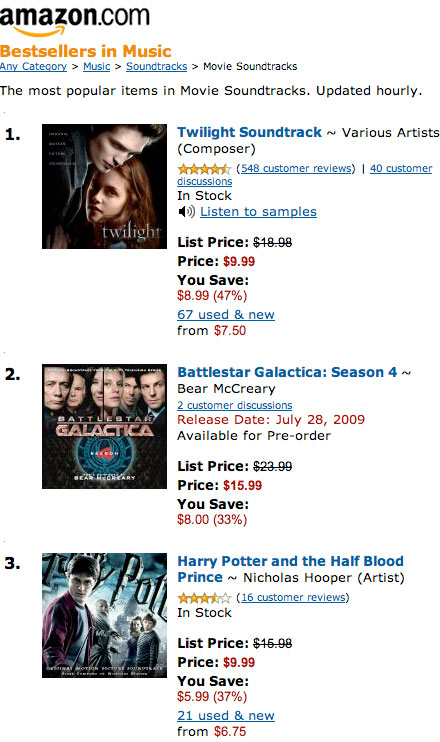 That’s all the news fit to print right now.  I’ll keep blogging from San Diego with updates if the schedule changes.  And later in the week, I’ll announce the Comic Con screening of my newest tv project.  See you in San Diego!