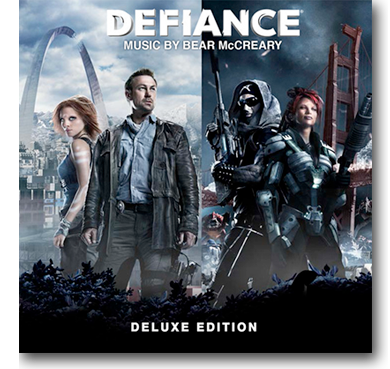 Hot off the presses, the physical CD edition of my “Defiance” score is available just in time for the holidays! This marks the first lossless release of my music from both the “Defiance” videogame from Trion Worlds and the series from SyFy, together in one package for the first time. The booklet includes exclusive photos and liner notes, as well as English and Votan translations for all the song lyrics.

The CD set is available for order through Amazon from $19.98. If you want a signed copy, be ready to move quickly on December 3rd at La-La Land Records website because the first 360 orders will be signed.  I will also be signing this, as well as all the other CDs listed in this blog entry IN PERSON at Dark Delicacies (3512 W. Magnolia Blvd., Burbank) at 2PM on December 7. Copies signed through Dark Delicacies either in person (or ordered through their website) can be personalized!

For more about “Defiance,” check out my blog entries about the “Defiance” Game Album and “Defiance” TV Album. 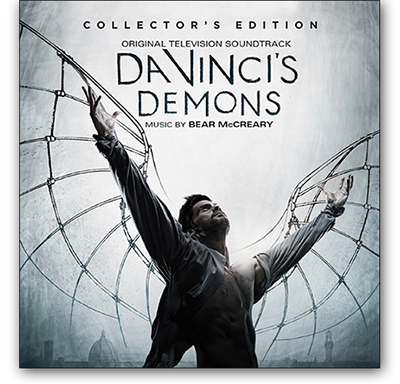 Any soundtrack geek will love this record, whether or not they’ve yet seen the series. This two-CD set features my Emmy-award-winning Main Title Theme, and expands greatly upon on the digital version of the soundtrack by adding nearly 40 minutes of new material. The Collector’s Edition CD is available from Amazon from $19.98, and the shorter (though still a respectable 90 minutes) digital album is available from iTunes for $11.99.

For more information about “Da Vinci’s Demons,” check out my blog entry. 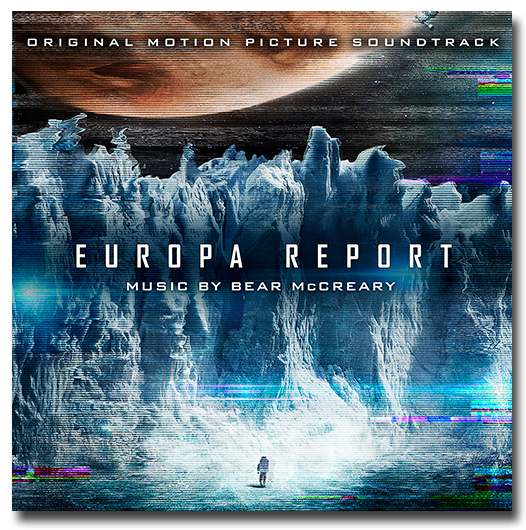 This elegant science fiction film accomplished on a small budget what most genre features can only aspire to: it truly makes us feel like we’re traveling into the solar system on a daring mission. My score features a beautiful main theme realized by an intimate chamber orchestra combined with powerful synthesis. This film was a dream project and I hope that my love for the subject matter comes through in the score. The CD is available from Amazon from $14.98, and the digital album can be found on iTunes for $11.99.

For more information about “Europa Report,” check out my blog entry. 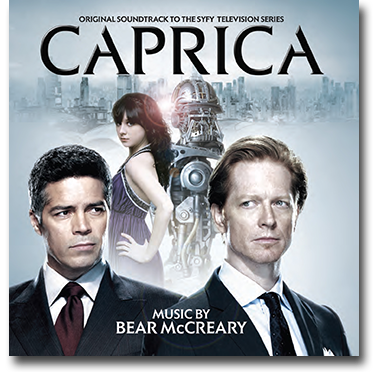 Brought to you by my pals at La-La Land Records, this two-CD set is the ultimate collection of cues from this short-lived, yet intriguing “BSG” prequel. The record includes score as well as songs, including the operatic “Capricoperatica,” which I think is worth the price of the album alone. “Caprica” is a worthy addition to any collection that includes my “BSG” albums. The two-CD package is available from La-La Land Records’ website for $19.98.

For more information, check out my blog entry. 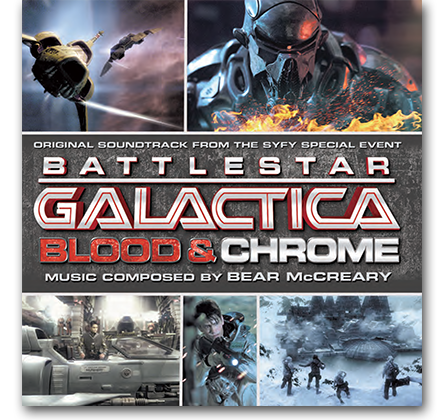 The final entry in my collection of music from “Battlestar Galactica” is my intense score to “Blood & Chrome.” For this record, I augmented the taiko drums and world instrumentation I’d established for “BSG” with searing distorted synthesizers and shredding electric guitars from renowned guitarist Mike Keneally. I had the chance to revisit familiar themes, like “Apocalypse” and Stu Phillips’ classic “Theme from Battlestar Galactica.” The CD is available from La-La Land Records for $19.98.

For more information, read my blog entry.  And check out that super cool t-shirt I’m wearing in this video! 😉

These releases are currently available only in digital format.  But, some people need goodies for their digital stockings! 🙂

THE WORLD OF STEAM: THE CLOCKWORK HEART 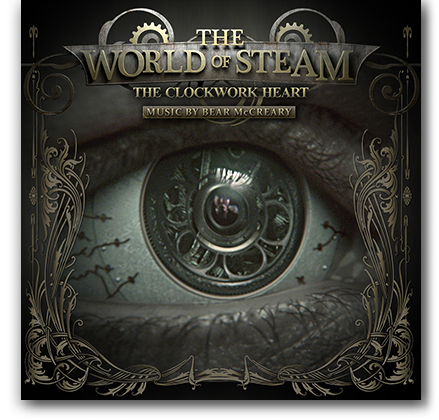 This one is so new that I haven’t even had a chance to blog about it yet.  I scored a visionary short film called “The World of Steam: The Clockwork Heart,” which is a pilot for a new webseries. The elegant story and innovative steampunk visual aesthetic alone would have hooked me. It was the film’s reliance on musical storytelling that made it especially appealing. Here was a rare opportunity for lyrical scoring where the music would be at the forefront.

Inspired by the steampunk visuals, I converted the sounds of gears, clocks, pistons and motors into percussion instruments. The film’s main title is built entirely from these sounds, and actually contains no normal musical instruments whatsoever. To offset that mechanized pulsing, and to represent the touching love story at the film’s heart, I combined those sounds with a chamber orchestra of strings, woodwinds and harp. This dichotomy of sounds in the score underscores the film’s underlying theme: an exploration of the contrast between human imperfection and mechanical precision.

My complete score for “The World of Steam: The Clockwork Heart” is available as a digital EP on iTunes for $2.99. 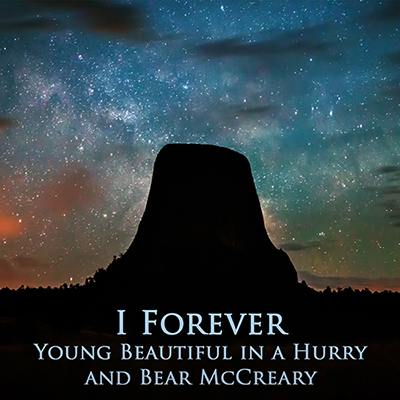 I collaborated with my brother Brendan McCreary and his band Young Beautiful in a Hurry to write and produce “I Forever.”  This song was produced for “Horizons,” photographer Randy Halverson’s majestic new time-lapse film of the milky way in the night sky. The single is available on iTunes for $1.29.

For more information, check out my blog entry. 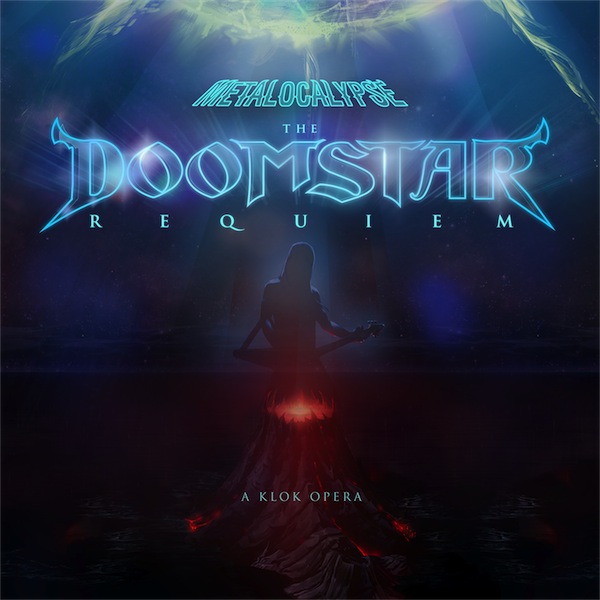 Unlike these other projects, I was only involved in this as a producer, creating orchestral arrangements for composer Brendon Small and his visionary film. I think Brendon crafted one of the best albums of the year and arguably the best heavy metal musical ever! The album ends with an epic 21-minute track of my orchestra tracks alone, so its like getting two albums for the price of one. Even if you’ve never seen the show, I’d recommend checking this one out. The album is available digitally through iTunes for $9.99, as well as through Brendon Small’s website.

For more about this unique musical, check out my blog entry.

And, of course, this is all just stuff that came out in 2013!  For a complete listing of my CDs, digital albums, singles and sheet music collections, visit my website store. Happy holidays, everybody!  🙂 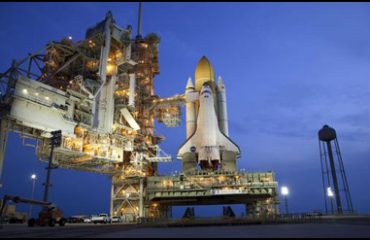 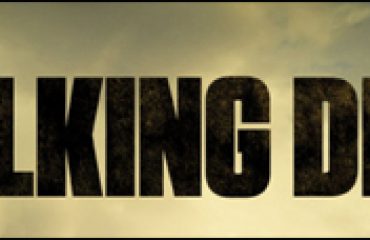