Thanks to the blistering speed of news across the internet, many of you already know about this.  But here it is anyway.  Yes, I am now engaged to the lovely Raya Yarbrough! 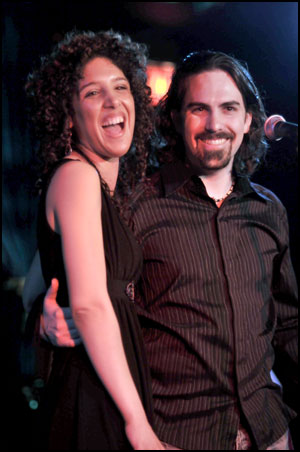 There were two things I’ve known for years I must accomplish before I turned 30.  First, I had to finish composing my final episode of Battlestar Galactica, since I’d spent more than half my 20’s working on it.  More importantly, I also knew I had to finally pop the question to Raya.

Saturday night we announced it to the world at a private concert at The Mint, in Los Angeles, the same venue where we premiered our first Music of Battlestar Galactica concert in 2006.  When Raya closed her set with an acoustic cover “Can’t Help Falling In Love,” I got all blubbery and jumped up on stage with her. 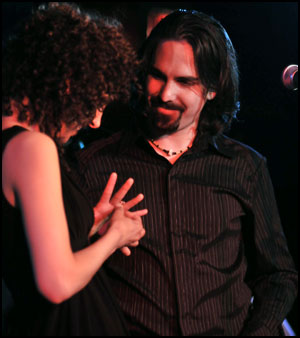 I hadn’t planned a speech or anything, so what followed was totally spontaneous.  And luckily, the moment was captured on camera and made its way to YouTube within hours.

The night was incredibly magical.  Raya’s band was stunning as always.  She performed some of my favorites, including the Pink-Floyd-y “Listen Em” and a new song with an infectious 5/4 groove. 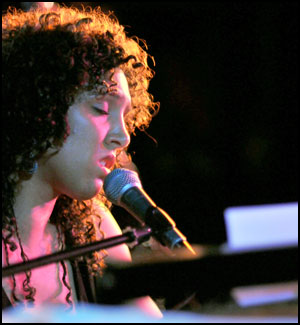 Then, my incredible music crew presented me the most awesome gift ever: an epic portrait for my studio wall they brainstormed together and that was created by artist Andrew Craig (who also took all these pictures). 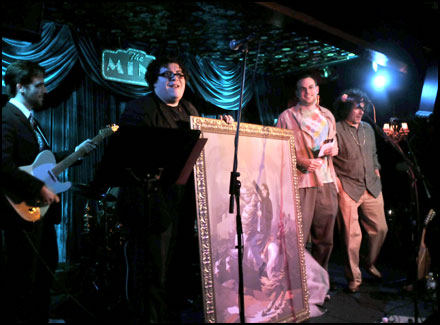 They created a portrait of me riding atop a valiant steed, playing accordion and holding my baton in the air like a sword, set against the backdrop of the first Cylon War.  This thing should go in the Smithsonian!

Next up, my brother’s group, known as “BrEndAn’s Band,” followed with what was essentially a two-hour stadium rock show that happened to be performed in a small venue.  He opened his set with an arrangement of the first piece of music I ever composed!  I wrote this epic symphony when I was less than 2 years old.  And needless to say, this was the best performance of it ever. 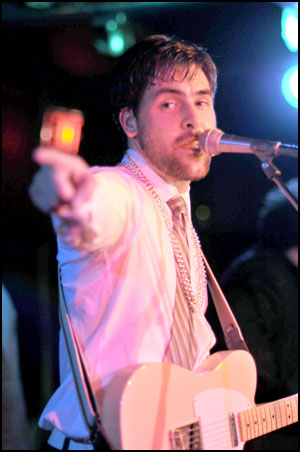 Brendan’s tunes have never sounded better.  One of my favorite songs has always been “Let’s Get Hitched“ (which was featured on the Eureka soundtrack).  But, that night, Raya and I danced to it and it had new meaning.  🙂  After the song, Brendan insisted that he play it at our wedding, for the first dance.  That suits us just fine. 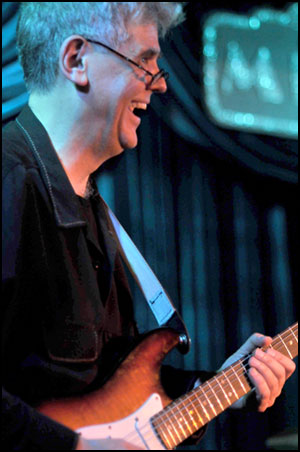 They played “Ain’t We Famous,” the song that was featured recently in Terminator: The Sarah Connor Chronicles as well as “Up With the Sun,” “We All Stay Together,” “Light Years Apart” and many others. 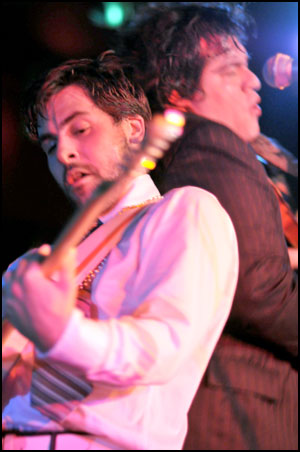 Not only did he perform his own incredible songs, but he also covered Elvis Presley, David Bowie, Prince and Freddie Mercury.  How many singers you know with the stones to do that?? 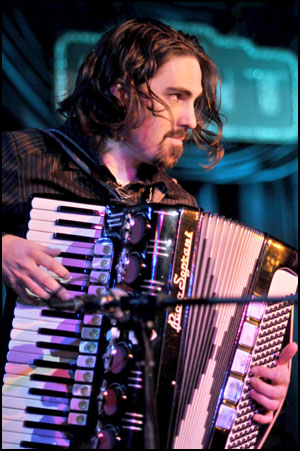 At the end of the night, I joined them on stage with my axe and we played “All Along the Watchtower“… Galactica style!  Fortunately, Raya already knew I play accordion before I asked her to marry me, so there were no unpleasant surprises that night.

So there it is.  I wrote my last cue for Battlestar, got engaged and turned 30 in the same week.  My 20s have been very good to me, and I’m looking forward to the next decade. So far, so good.