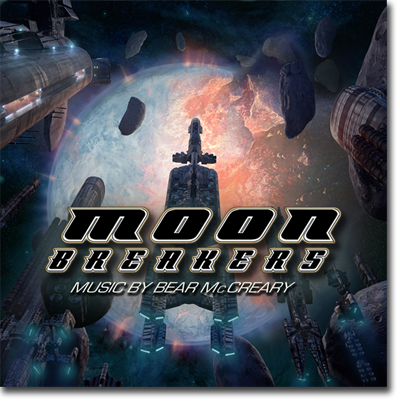 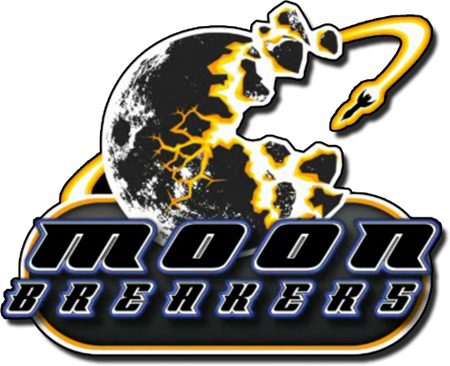 There’s little that ignites my imagination more than the swashbuckling outer space dogfights of yesteryear. So, I was excited to write a bombastic, retro-infused soundtrack for “Moon Breakers” — a multi-player online combat game from Imba Entertainment / Uber Entertainment that is now available to play for free on Steam.

To celebrate the game’s launch on this popular platform, we are releasing my complete score on iTunes and Amazon mp3. You get 20 minutes of pulse-pounding space battle music for less than $4!  Click the images below to download the “Moon Breakers” album from your favorite online retailer:

“Moon Breakers” throws you into high-speed asteroid belt battles, forcing you into down and dirty skirmishes, where rusty machine gun fire sparks fill your cockpit view. The visual aesthetic and gameplay focus is on “a unique ‘retro futuristic’ theme,” according to creative director Ed Byrne. The goal was “to bring the classic genre of space shooters back to both a new generation of players as well as those of us old enough to remember – and long for – these games from our younger days.” I knew this setting would give me a big canvas to write on and leapt at the chance to get involved.

Fans of my previous science fiction and videogame work will find a lot to love in “Moon Breakers” — sweeping orchestral themes, blistering synthesizer motors, ethnic instrumentation and pounding percussion.  Even though the complete score is only twenty minutes long, it contains some of the most visceral action music I’ve written since “Battlestar Galactica.” 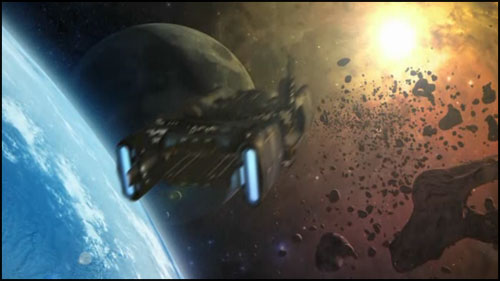 The album opens with the anthemic “Theme from Moon Breakers.” When I first glanced at the astonishing concept art by artist James Gammell, who also designed my gorgeous album cover, my imagination raced. I heard an aggressive 12/8 ostinato in low strings. When you fire up the album, you will hear the realization of that initial idea, played by an expanded section of celli:

Underneath the blistering string ostinato, a huge undulating synthesizer texture provides the bass line. I used synthesizers throughout “Moon Breakers” to add depth and texture, and also to provide a certain amount of pulpy fun. These are the types of sounds I have traditionally avoided on previous sci fi efforts (you never heard anything like it on “Battlestar Galactia” for example!), but I was surprised at how genuinely badass they became when combined with melodic orchestral writing. 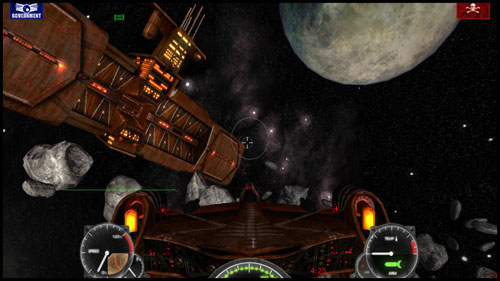 After the ostinato, the main theme of “Moon Breakers” enters:

Woven throughout the score, this melody is our gateway into the chaotic asteroid belt. I wanted to capture the spirit of adventure and adrenaline, and put it all into a heroic fanfare that would inspire aspiring space pilots to weave through sprays of gunfire in pursuit of glory. 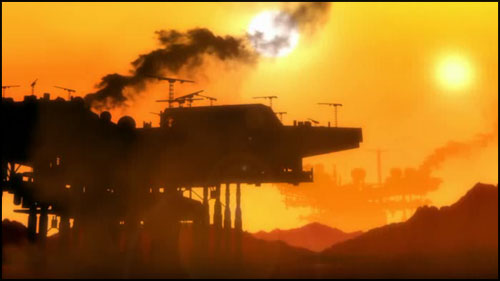 There are two primary factions in “Moon Breakers” — Space Pirates and Government.  Each faction “required iconic, complex qualities to infuse them with life,” said Byrne. The two factions are represented on the soundtrack album by two tracks.

The first is track 2: “Clans of the Space Pirates.”  The Pirates are rugged mercenaries who piece their technology together from what they can salvage.  They are disorganized and aggressive, and their theme needed to reflect that. 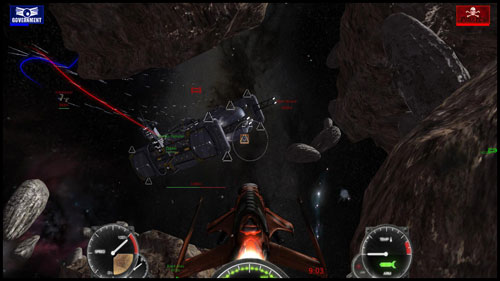 The first sound you’ll hear in the track is the Pirates Ostinato, an aggressive bass line played by heavily distorted 8-bit synthesizers:

The Pirate instrumentation has a uniquely ethnic flair. Jangly acoustic guitars and hammered dulcimers flicker in the background, while exotic percussion like dumbeks and chang changs provide the propulsive backbeat. I took a hurdy gurdy solo in there, and even collected a group of people together to clap along, to make the song feel like something played down in the galleys of Space Pirate freighters. (Yeah, I had fun with this one!) 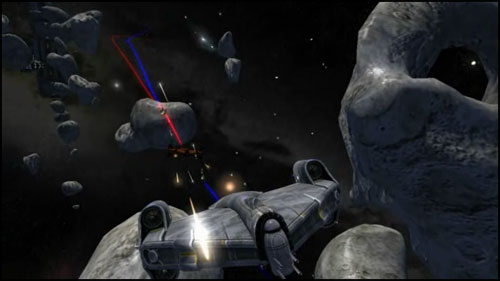 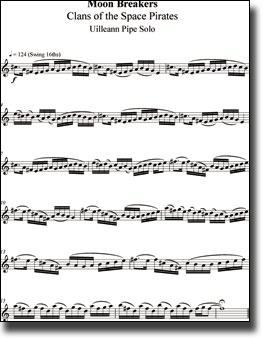 FAN PERFORMANCE CONTEST – I’m tossing the Space Pirates solo to you guys and let’s see if anyone out there can nail it. Click on the picture here to download the sheet music for the entire solo. If you upload footage to YouTube of you playing the solo on any instrument, I’ll send you a download code for free upgrades in the “Moon Breakers” game! It doesn’t have to be flawless (but it can’t completely suck either… I’ll be the judge!). Just leave a comment here on this blog entry and link to your video.

Anyone who can actually play this on bagpipes would be a shoo-in for a future “Fan Performance Award!”

The melody is tricky melodically, but it is the surrounding harmonies that truly lend it exoticism. Uilleann Pipes are only capable of playing notes in a D major scale.  So, most frequently, they are featured in songs in the key of D, G or A minor. (Listen to “Wander My Friends” from “Battlestar Galactica” for a great example).

“Clans of the Space Pirates” is in F# minor. This places the pipes firmly in a Phrygian scale, which is more commonly associated with Middle Eastern music.  Every time we hear that flat 2 in the scale (the G natural resolving down to the F#) it takes us into new ethnic territory.  In fact, many people have been unable to identify this instrument as bagpipes at all, which is funny because they would easily recognize them if the surrounding harmonies were D major and A major chords instead of F# minor and G major. It just goes to show you the power of harmony. 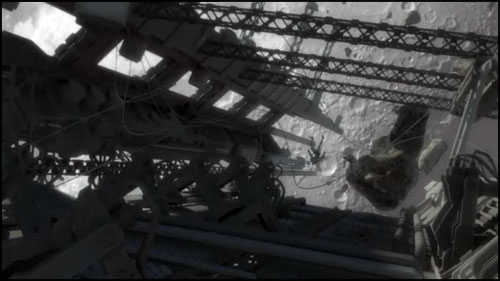 The Government faction also got their own theme. Their music needed to imply that the Government is better organized, ruthlessly efficient and employs better technology.  You’ll hear the Government Theme in track 3, “Government Armada:”

The heavy marching percussion and orchestral brass highlight the unusual (at least as far as marches go) 7/4 meter. The melody lands at varying beats in the different phrases, making it harder to clearly identify the 7/4 meter. 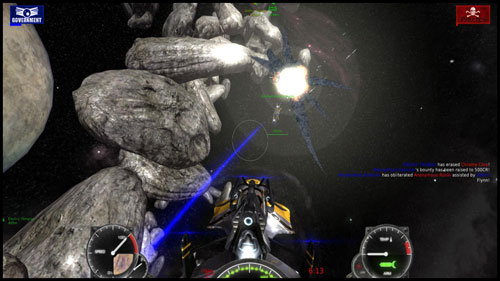 Whereas the Space Pirates are chaotic and ethnic, the Government music is more classical.  In fact, “Government Armada” features some of the most beautiful orchestral writing on the album:

In this passage, the weaving melody line in the celli and bassoons is doubled by a distorted synthesizer, lending the melody incredible power.  It helps ground the passage in the “Moon Breakers” universe, because it reminds us of the Main Ostinato and the Pirates bass line.

With the “Moon Breakers” score, Creative director Ed Byrne said “we knew we wanted to create a tribute, not only to the Golden Age of space combat games, but also the vintage era represented in our world. We immediately went to Bear, as a master of taking the classic, the nostalgic and perfectly reforging it for an entirely new audience. The results speak for themselves; Moon Breakers delivers music that takes a game experience and makes it a visceral, magical thing that is contemporary as it is wonderfully reminiscent.” 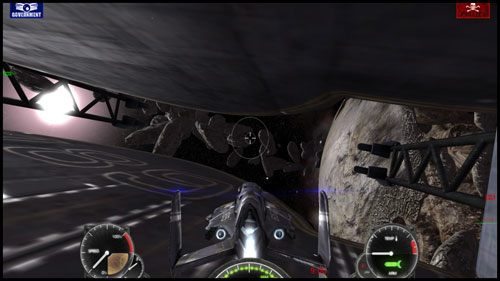 The “Moon Breakers” album is an experience borne from my love of classic science fiction, dogfights, asteroid battles and space pirates. If those concepts excite you even slightly, I think you will really enjoy this (mini) album, available now on iTunes and Amazon mp3. And if they don’t, check it out just for the soaring themes and searing bagpipe solos! And play “Moon Breakers” for free on Steam to hear my score while you dodge asteroids and zero in on your opponents!

Special thanks are due to Steve Kaplan for his incredible mix, Patricia Sullivan at Bernie Grundman Mastering for the powerful mastering, and to all the talented musicians and orchestrators who contributed. I’d also like to thank James Gammell for his inspiring artwork, and Ed Byrne for enlisting me into the “Moon Breakers” fleet and giving me the chance to dive back into space battles.

I’m currently working on a number of exciting projects, including a few potential soundtrack album goodies for you guys. I hope to make at least one more cool announcement in the coming weeks. In the meantime, crank up “Moon Breakers” and blast off through the stars! 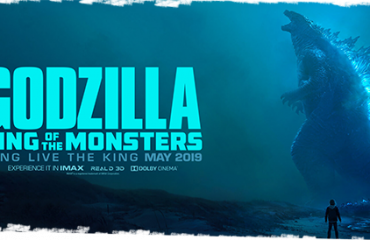 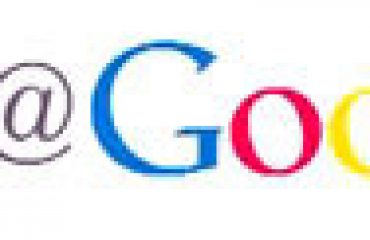 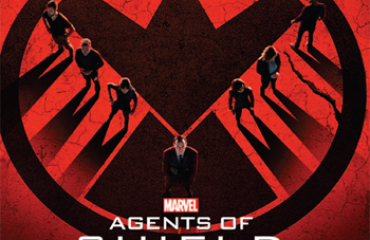