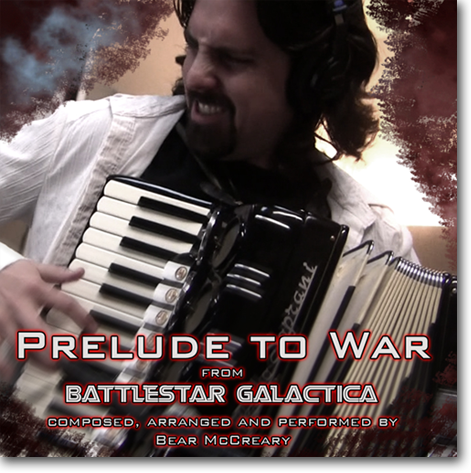 The video is up on YouTube, and the song is available now from

“Prelude to War” for Accordion Orchestra is a project I’ve been kicking around for a couple months now.   I originally got the idea when I was shooting my BSG solo piano performance videos for my YouTube Channel.  Clever fans were uploading performances on instruments other than piano, and I wondered if I could contribute something in that style myself.  I picked up my accordion and started playing around with some BSG tunes. 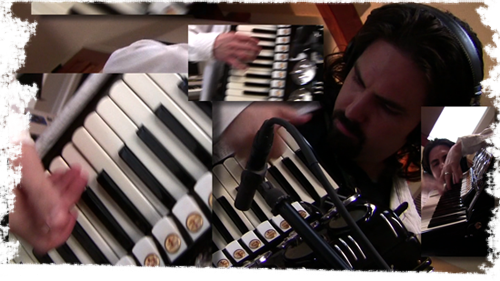 The only piece from the BSG score that actually featured accordion was “The Dance” from Season 3, and of course, making a video of that was always an option.  But, that piece is fairly repetitive and not a good example of all the sounds an accordion can create.  So, I wanted to try something a little more ambitious… well, actually a LOT more ambitious.  I decided to try one of the most complex and dynamic pieces I ever wrote for Battlestar: “Prelude to War.”

My first plan was to arrange it in such a way that it could be played in one take.  While this is technically possible, it required dramatic alterations to the music and there were elegant contrapuntal lines that would have had to be completely removed from the music.  So, I opened the door to allowing “a few” overdubs.  “A few” quickly escalated! 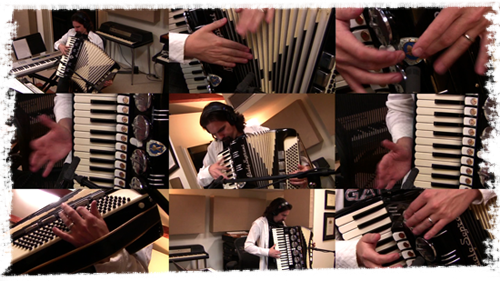 Eventually, I decided that I’d try to recreate EVERY SINGLE NOTE from “Prelude to War” and transcribe them exactly as they existed in the original recording to the accordion.  The percussion was especially challenging, and I had to get clever with my mic placement to get something even vaguely resembling a taiko drum sound out of my antique instrument. 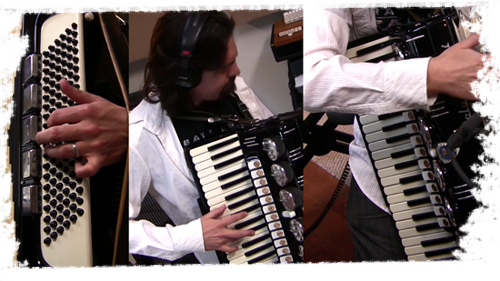 But, I think it worked.  Every sound you are hearing in this song is coming from my accordion.   I recorded it all through a Sennheiser MZX 8000, and used minimal EQs.  I ran the final mix through a simple Altiverb concert hall setting.  There are no samples, no hidden instruments, no trick edits.  If there is an accordion orchestra out there with enough players, this arrangement could absolutely work in a live concert setting.  However, I leave that challenge to someone else. 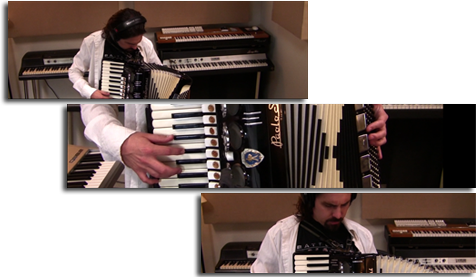 While I have no intention at the moment of quitting my dayjob scoring TV shows, films and games to pursue a full-time career of playing accordion, I must admit that this was a lot of fun.  And I imagine it is probably one of the more unusual Battlestar Galactica renditions you guys have heard yet.  What do you think?  Did I do justice to the original track? 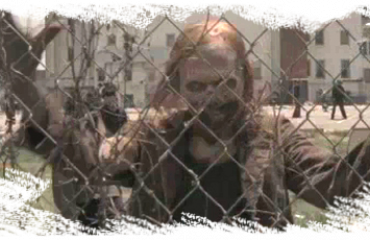 The Walking Dead: What Lies Ahead 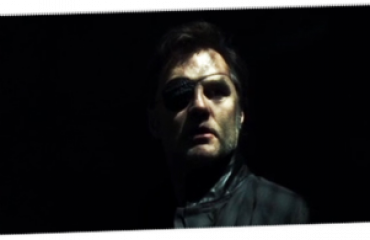 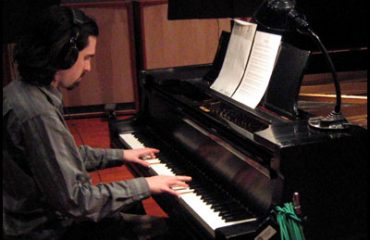