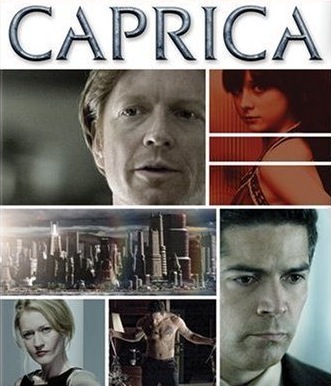 
The album is finished and is currently being mastered.  It will hit stores in early June, but will be available early from the label’s website in late May.  The sound of this score is much more intimate than Galactica, but I think fans will nevertheless be surprised at how lyrical, passionate and thematic it is.  In fact, many of the musical shifts you heard in Daybreak were inspired by the harmonic language I devised for Caprica. 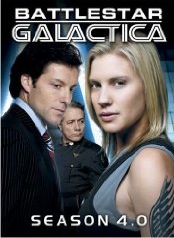 We are striving to have this record available in the second half of July.  I haven’t picked out the track list yet, but based on all the feedback I’m seeing here, I’ve decided that it will be a 2 CD set.  It will include highlights from He That Believeth through Islanded in a Stream of Stars on the first disc.  The second disc will contain virtually the entire Daybreak score. 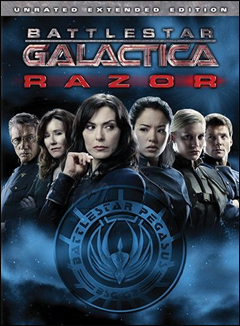 The two straight-to-DVD movies will get a separate soundtrack release later in the year.  Since I haven’t even seen The Plan yet, I have no idea how I’ll arrange the disc, but I imagine that these two will make a great listening experience.

There are several other future releases that I’m working to bring to all of you.  As I mentioned before, I’m hoping to assemble a multi-CD set of un-released material from all four seasons, perhaps even including demos, sketches, out-takes, source pieces and other odds n’ ends I’ve produced for the series.  I am certain that there will be more “Music of Battlestar Galactica” concerts this year and next, one of which will hopefully lead to a concert DVD.  There are also tentative plans for more ballet performances, orchestral concert suites, documentaries and sheet music releases.  So, I guess what I’m trying to say is… I’m not done delivering the Galactica goods. 🙂

(I’m also hopeful that we’ll be able to release a soundtrack album for the super-cool top-secret video game project that I scored recently.  If you guys like the score to BG, you’re going to frakkin’ flip out when you hear this!  Details will be announced as soon as I’m allowed to say what it is!)