This is the fifth in an on-going series of entries covering all the major themes in the Battlestar Galactica score. If you missed them, check out Part I, Part II, Part III and Part IV.

This melody, almost always accompanied with snare drums, was originally scored as a bansuri solo, set against Apollo briefing the viper pilots in the first episode of Season One. It quickly developed into a theme for all military aspects of the colonial fleet, becoming especially associated with the friendship between Bill Adama and Saul Tigh.

The theme first returned in Season One’s You Can’t Go Home Again, played tragically as Adama relieves Tigh of duty in a blind rage. In the following episode, Litmus, it underscored Bill thanking Saul for saving his life, this time playing the loyalty and brotherhood between them.

This theme has continued to evolve throughout the course of the series, creating some very powerful and memorable sequences. It underscored Adama as he witnessed his marines forcibly restrain Boomer to abort her unborn child in Epiphanies, and was featured in the closing moments of Hero, as Tigh sat down with Bill to discuss his wife’s death for the first time.

However, their relationship became considerably more complex in the third season, as he held her under house arrest on New Caprica, and also led her to believe that they shared a daughter, Casey. As a result, I needed to create a new theme for their twisted game of mental “cat and mouse.”

This D minor melodic fragment is always performed on a Chinese er hu or zhong hu. This is a two-stringed instrument, similiar to a violin in timbre, but very different in performance practice. I first introduced it as a theme for Kara’s anger and frustration at being incarcerated, but it quickly evolved into a bizarre “love / hate” theme for her and Leoben.

After the New Caprica storyline, this theme disapears for much of the third season. However, the return of Leoben to the series, for Maelstrom, provided the perfect opportunity to develop this theme further. This theme, in combination with Starbuck’s theme, is used throughout the entire episode.

As I’ve said before, I generally try to avoid writing themes for guest stars because you never have the chance to bring them back and develop them further.

But, Season Two’s Black Market presented an irresistable opportunity. The criminal underworld kingpin Phelan (played by Predator bad-ass Bill Duke) was a constant presence throughout the episode, leading up to Lee’s ultimate showdown at the episode’s climax. And Phelan’s henchmen always used piano wire to strangle their victims.

When a musical instrument is used a weapon, I have to comment on it with the score! Phelan’s theme is performed by pianos, some played normally and others prepared in various ways. I played with pins on the wires, plucked the strings with guitar picks and strummed inside the piano like an autoharp. The result is a moody, noir-inspired score infused with piano textures.

I don’t think anyone really noticed it, but to me… this was hilarious! I know, I know… “film score” humor.

This idea came directly from Ron Moore, who wanted to try scoring Baltar’s experiences on the Cylon basestar with unsettllingly familiar classical piano music. His initial idea was Beethoven’s Moonlight Sonata. Using that as a starting point, I eventually developed this original theme.

“Battlestar Sonatica” made it’s premiere in Torn, and continued to develop throughout the course of Season 3. Occasionally, I would work in other themes, such as Baltar’s Theme, into the piano performance as well.

This melody was introduced during The Eye of Jupiter, as Tyrol wandered through the wilderness to stumble upon the Temple of Five. While gamelans have always had a place in the soundtrack, this theme required a whole new ensemble of bells, chimes, glass marimba, temple bowls and tines. The result was a signature bell texture, unique to this theme.

The Temple of Five theme returned for the following episode, during D’Anna’s vision of the Final Five, and has been a subtle presence in subsequent episodes as well.

This actually covers all the major, recurring themes used in the show up to this point. Of course there are others, but these are the ones that have developed the most, and I believe are the most recognizable. I may do another entry like this if Season Four needs new thematic material, which I’m sure it will. 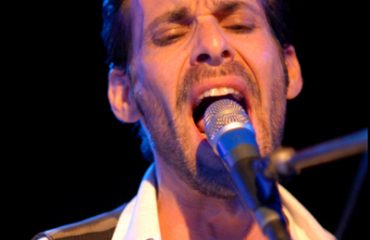 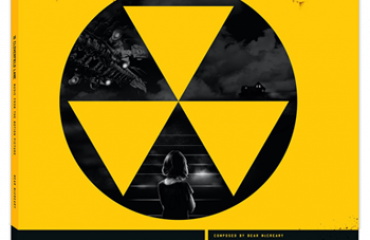 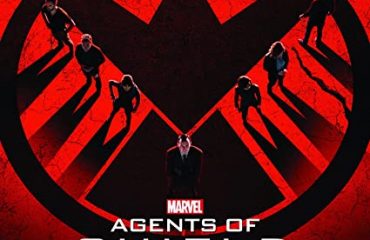