There are two exciting performances in Los Angeles this week for any BG fans in driving, flying, walking or crawling distance! 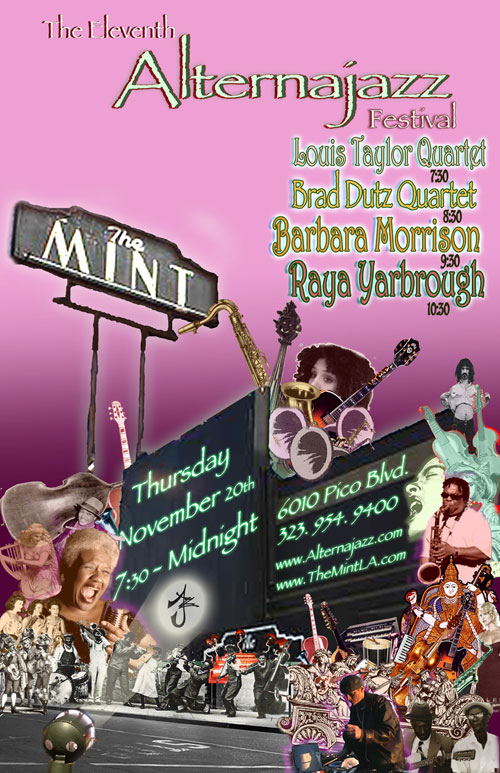 First up, this Thursday is the Eleventh Alternajazz Festival!  This festival is organized by Raya Yarbrough, who is performing with her band in it as well.  You’ll recognize her haunting vocals from many of my Galactica cues, most notably Lords of Kobol, A Distant Sadness and the hymn for Gaius’ cult from the Season 4 premiere.  However, you’ll also recognize the first track from her absolutely stunning self-titled album, Lord Knows I Would, because it’s been featured numerous times in BG, playing loudly at Joe’s Bar in Season 3 and 4.  I guess that means she’s a big hit in the colonial fleet!

Raya’s band is performing along with jazz legend Barbara Morrison, saxophonist Louis Taylor and percussionist Brad Dutz, whose remarkable junk percussion ensemble was one of my inspirations for the metallic sounds of Terminator.

Then, on Saturday, Raya will be double-billing with Brendan’s Band at the Hotel Cafe. 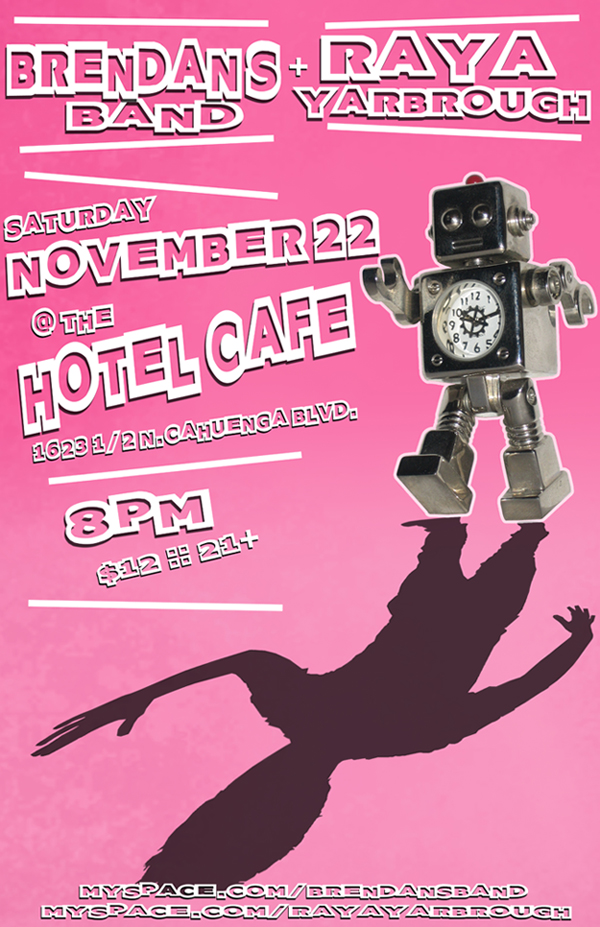 If you don’t know Brendan by now… well, you should.  He’s the singer of “All Along the Watchtower,” and has also contributed incredible songs to Eureka and Terminator: The Sarah Connor Chronicles.  The single he recorded for the forthcoming Terminator soundtrack, Ain’t We Famous, will definitely be on the set list.  Oh, and I will be playing piano in his band too!  🙂

Come out and support great live music!  Hope to see you there.