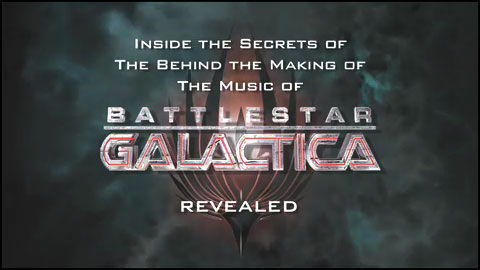 Battlestar Season 4.0 is finally released on DVD this week.  I’m thrilled to announce officially what many of you have suspected since early reviews of the DVD leaked out: This DVD set includes my original documentary “Inside The Secrets Of The Behind The Making Of The Music Of Battlestar Galactica: Revealed.”

This is a film I produced with Matthew Gilna and Kristina Maniatis that premiered last April at our Los Angeles Battlestar concerts.  If you missed our shows last spring, here’s your chance to catch up.  And since you’re reading my blog, I’m assuming you’re already a fan and will be checking out the DVDs at some point anyway.  🙂

Many people came together to help make this film a reality, but there are several without whom it would never have existed:

Matthew Gilna and Kristina Maniatis… You both went above and beyond the call of duty here, and poured yourselves into this project.  And congratulations on your recent engagement!  For all this, I owe you guys a wedding march or something.  (Taiko drums and bagpipes??) 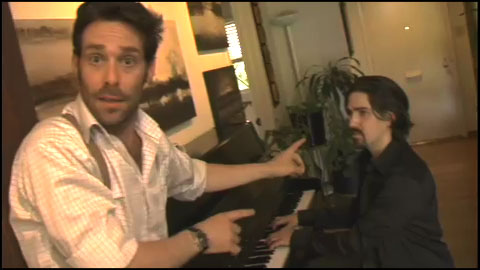 James Callis… Shooting these scenes with you was a blast, and an inspiration as well.  And your footage from Vancouver with the cast was masterful!

And everyone else who pitched in:

“Inside The Secrets Of The Behind The Making Of The Music Of Battlestar Galactica: Revealed” 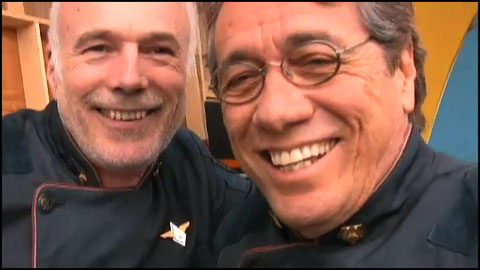 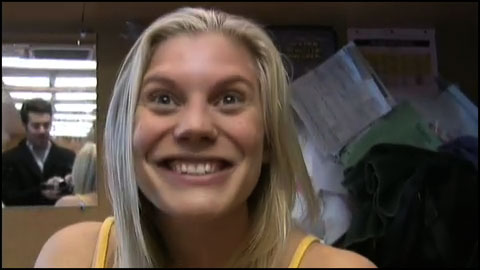 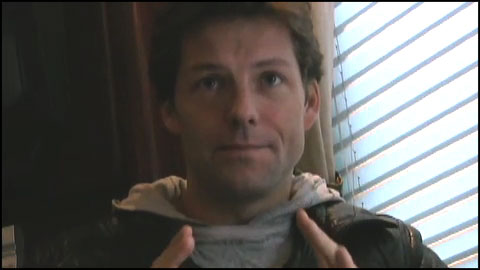 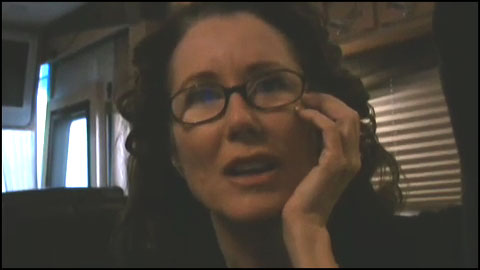 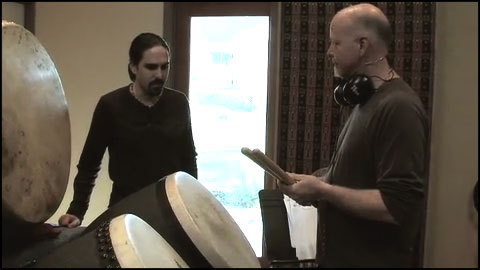 Artwork courtesy of:
Pam Douglas
I would also like to thank Julie Harter at NBC Universal Home Video for helping us work out the all the necessary details to get this on DVD.
RANDOM TRIVIA: If you saw the concert premiere last spring, you may notice there are a few differences in this DVD version.  In one scene, the camera very obviously pans to a poster of Eureka.  As originally shot, this was a Terminator: TSCC poster.  However, that show is owned by an entirely different mega-corporation, so the process of licensing that graphic would have been prohibitively expensive and time-consuming.  Rather than simply blurring it out, I turned to my friend Phil Broste, a visual effects artist (and also an excellent writer / director himself).  Phil seamlessly replaced the image on the poster with a Eureka poster (like BG, owned by NBC Universal).  I was stunned with how effective it was,  especially considering the shot is hand-held: 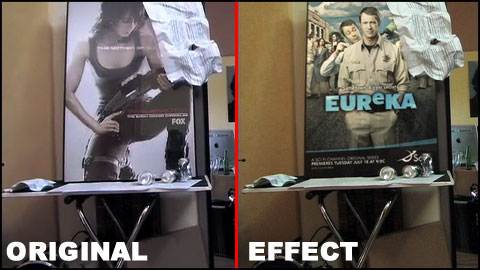 Keep checking this blog every Friday night starting January 16th for an entry about each week’s episode. There’s also other exciting news that will be unveiled here in the coming weeks, including information about an upcoming Battlestar Galactica concert.

And I hope you guys enjoy our little documentary.