Getting any series from script to air is a complex process, and along the way, people make little mistakes, ideas change and sometimes we lose track of things.  After all, we’re only human (or are we Cylons?).

Here’s an amusing mistake that no one noticed for years:  a pivotal scene in Season 1 has been floating around with two distinctly different scores!  After all, we had multiple Main Titles and multiple DVD releases.  Why not have multiple scores?

If you live in the United States, pull out your Season 1 DVD set and cue up Kobol’s Last Gleaming, Part I.  The episode’s climax is where Kara disobeys direct orders and jumps away in the Cylon raider, heading back to Caprica.  As you can hear, the score for this moment is a bed of drums lifted from the miniseries soundtrack (click on the screenshots for video, you’ll need Quicktime): 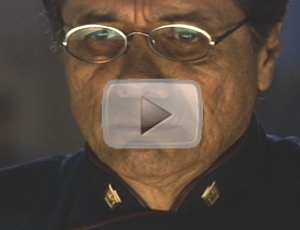 However, this is not how the scene was originally broadcast.  Indeed, the US broadcast version and all foreign DVD releases, were subtly different.  I also found the score was different on the Season 1 box set that Best Buy sold in the States as “The UK Version,” released prior to the official Season 1 set.

In these other versions, this pivotal scene was underscored with a bed of drums lifted (quite obviously) from the Main Title drum montage: 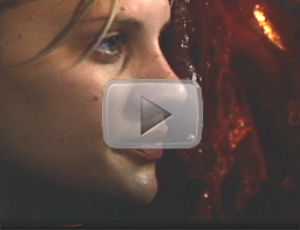 This was first noticed when someone preparing the Japanese edition Season 1 DVD caught the difference.  Whoever this guy is, he pays attention to detail!  BG sound designer Daniel Colman looked into it and asked my help in trying to figure out how it happened.  I, naturally, had no idea, but did remember that we tried out multiple variations on the mix stage when the producers didn’t like my original idea.  Daniel told me that the LTRT version (with the “Main Title Drums”) is the one that broadcast on domestic television and all foreign language versions of the show. The 5.1 mix (with the “Miniseries Drums”) appears only on the American Season 1 DVD set.

Since the discovery of this little mistake, a new 5.1 version has been made so that all subsequent US DVD releases of Season 1 will match their international and broadcast counterparts.  Presumably this means the inevitable blue-ray edition will be corrected, and thus different from the first DVD release.

It should be fairly obvious that neither of these versions are what I originally wrote for the scene, since they are both edited in from various other episodes.  There were several situations where the producers felt my score didn’t capture everything they wanted and opted to instead edit in something else I’d already written.  This happened with some regularity on Season 1 and has become increasingly rare since (and has actually never occurred at all since the middle of Season 3).  I credit this trend to two factors.  First, my experience and familiarity with the series and the producers have made me a better judge of what they are looking for, and I’ve undeniably become a better composer in this time as well.  And secondly, the producers’ familiarity with me has allowed them to trust my instincts more.

I must confess the producers’ reasons for axing this cue were sound.  They wanted to amp up the tension before Kara jumps, and also amp up the profound, quasi-religious impact that her actions have on the story.  In the intervening seasons since Kobol’s Last Gleaming, I have learned that the final cue of any episode must be either very intense (for action scenes) or very subtle (for dramatic impact).  The score cue I originally wrote here strove for the middle ground and, as a result, was not really passionate in either direction.

So, just for fun… I’m presenting a third version of the scene, that no one has ever seen before.  Here is the scene, with the original score that I wrote for it intact: 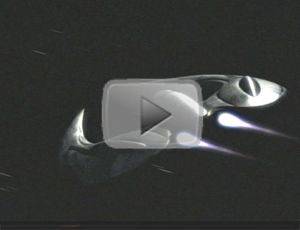 It’s honestly not that bad, although I’ve gotten used to hearing the boy soprano at the end (which was edited in from a previous cue in that episode).  However, I do like the dark and ominous quotations of Kara’s Theme throughout this piece that root the scene in her character arc.

As for the difference between the broadcast and DVD versions, I’m astonished that anyone caught it at all… yet part of me is surprised that astute BG fans haven’t been asking me about it for years.  🙂

PS: Confused about the “Mx” in the Title?  “VFX” is industry short-hand for “Visual Effects,” while “SFX” stands for “Sound Effects.” Back in the day, someone cleverly adopted the abbreviation “MX” for “Music.”