The third episode of Black Sails has aired, and so I’ve posted my third video blog! This one introduces Ira Ingber (guitars, slide guitar), Paul Cartwright (fiddle, mandolin) and Ed Trybek (ethnic guitars), or as I like to call them, The Trio:

Episode III introduces a new character, Mrs. Barlow. To underscore her scenes, and the narrative thread she will come to represent, I composed the Barlow Theme:

The theme is wistful and gentle, often played in a solo viola for its rich low timbre. It is first heard in the episode’s opening scene, as we see Flint and Barlow in the morning. However, the most powerful statement comes at the end of the episode, during the final montage that concludes the drama.  (You can hear this passage on the Black Sails soundtrack album in the track “Funeral At Sea,” from 0:40 – 3:00.)

Black Sails is not a score that is heavily dependent on themes.  Still, keep your ears out for small fragments of developed melodies throughout “III.”

As Flint discusses the schedule with Barlow, the score quotes a haunting refrain of the L’Urca De Lima Theme:

The relationship between Eleanor and Max is put under extreme duress in this episode, and so their scenes are woven together with “Wondrous Love,” the traditional melody that I’ve incorporated for the Eleanor / Max Theme:

The final scene in their arc this episode (I will remain spoiler-free) was heart-wrenching and extremely difficult to score.  It is a scene that is hard to watch, and I had to be stuck in my studio with it for two days, trying to make it as painful for the audience to endure as possible. I must admit, it soured my mood for days and I was grateful to be done with it. However, when it was all finished, the score cue for this particular scene was definitely worth the anguish I had to go through to write it.

Most of the tension and structure in my score to Black Sails comes from the colors, the texture in the sound. So, unlike my other projects, I don’t really have a ton of compositional detail to blog about. The cues are more spontaneous, and less constructed. That was the joy of doing this show: allowing myself the freedom to slip away from thematic development and create a score that flows much more freely across the narrative.

In next week’s video blog, I will go over my hurdy gurdy performances in more detail and give you guys look at all the different sounds I was able to get out of the strange instrument. 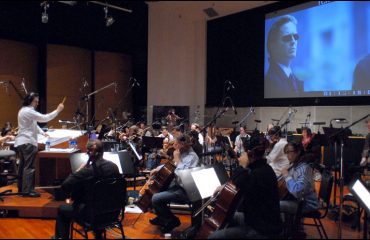 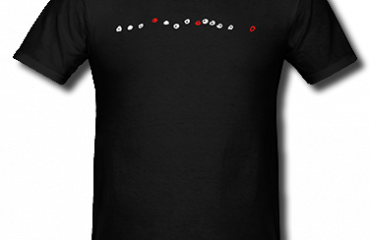