Scoring “The Rope of The Dead” presented a welcome opportunity to explore and expand upon the new musical ideas I’d introduced with the last episode, “The Sun and The Moon.” Like “The Ends of The Earth,” this episode presents our primary characters undergoing similar experiences. In this case, each character faces a test and is helped by visions. This narrative twist pushed me to write in a more dreamy, ambient style, and gave me opportunities to bring back themes from the past. 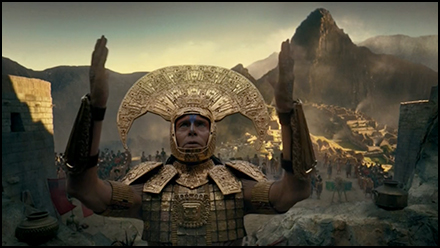 SPOILERS BEYOND: In Peru, Da Vinci and Riario must pass tests to become worthy of entering the Vault of Heaven. Riario must fight his way past three predators before facing a final foe to retrieve the antidote that Da Vinci will need to survive his snakebite. Da Vinci, meanwhile, enters the spirit world and must face his demons.

After Ima explains the task at hand to Da Vinci, she undresses and makes love to him in a very cool sex scene, directed with lots of dream-like visual flair, signifying Da Vinci’s descent into the spirit world. I scored this scene with our first truly complete statement of the Ima Theme, played on the quena:

The trippy visuals and dark narrative provided plenty of tension, so with the score I focused solely on their intimate connection. 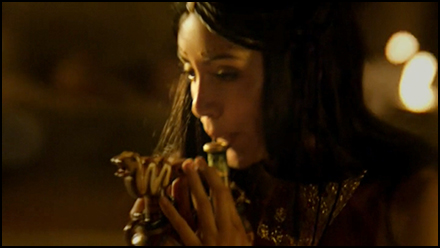 Once again, music plays a key role in the narrative. As Da Vinci drifts into the spirit world, Ima offers him a lifeline that will allow him to find his way back, by playing three notes on her ocarina, a woodwind instrument native to the region. The first time we hear these notes, we also see her playing the instrument. Series creator David S. Goyer based this concept on mythology about three tones being used to guide a dreamer back to the land of the living. So, I knew I needed to pick three notes and make them consistent throughout the episode.

What, exactly, does “three notes” refer to? The beginning of Beethoven’s Fifth begins with three repeated notes, even though they are the same pitch. Would E-E-E count as three notes? What about E-B-E? Once I wrote these notes, I was stuck with them for the rest of the episode, limiting the keys and chords I could use in later score cues. So, I had to be cautious, and write notes that would be easily identified by the audience, even in a crowded mix. 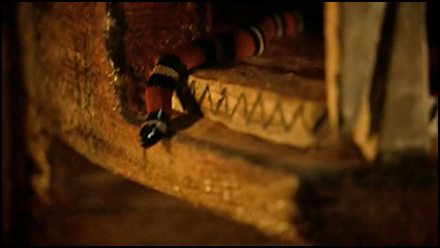 Once I started talking to Goyer about the semantic differences between the words “note” and “pitch,” and thinking about how an Inca woman in the late 1400’s would use the word “note,” I realized I was probably over-thinking this (a problem I occasionally have). I decided that three distinct pitches and three distinct notes would be the easiest for the audience to identify, so after a lengthy email explaining my reasoning, I told Goyer that her notes would be E-B-C:

He replied “Totally works for me. I love that you are such a freak.” Which I took as a compliment.

I asked Chris Bleth to bring an ocarina and notated the first E-B-C phrase so that it lined up with Ima’s fingers as we see her playing. For the rest of the episode, Da Vinci will hear these three notes with increasing urgency. For these scenes, I had fun pushing the harmonic envelope as far as I could, but still finding clever ways for E-B-C to fit in. 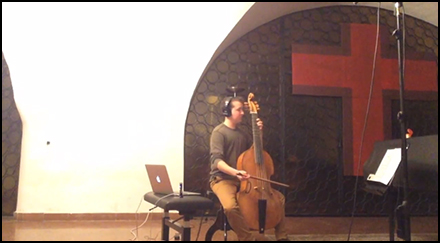 As Da Vinci enters the land of the dead, he sees the falcon guiding him back to his childhood with his mother, an image we saw in the first episode. The score quotes the signature backwards Da Vinci Theme that has come to represent his mother, played on the viola da gamba:

In his dream state, Da Vinci will encounter the Abyssinian, The Turk, an even an old version of himself! For these moments, I usually let the score remain ambient, only using a thematic statement for Old Leonardo’s dire warning about The Labyrinth, where an ominous Da Vinci ostinato adds urgency. 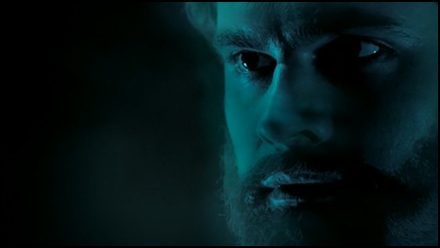 Leonardo crosses paths with the spirit of Giuliano de Medici. Their first scene together is scored with an ambient cue, built from ghostly shreds of the Giuliano Death Theme:

This theme was introduced in Episode 107, “The Hierophant,” and was developed in Episode 108 “The Lovers” and again in Episode 202 “The Blood of Brothers.” Here, I took the familiar strains of the theme and asked my mixer Steve Kaplan to soak it in cavernous delay and cathedral reverb, obscuring it nearly beyond recognition. The effect is subtle, but powerful. As we see Giuliano’s ghostly pale face, a familiar melody seems to echo from the depths, reminding us of his life but carrying the unmistakable aura of death. 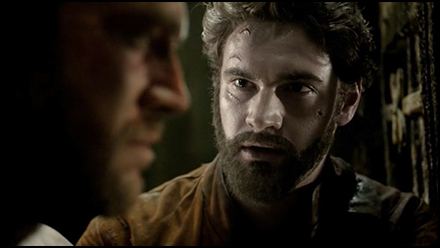 Giuliano also makes a memorable appearance in the episode’s other primary storyline. Lorenzo must face a fiendish a test of worthiness in order to be allowed an audience with King Ferrante. As he is tortured relentlessly, his brother appears to him, taunting him to summon his inner strength by naming who he hates. 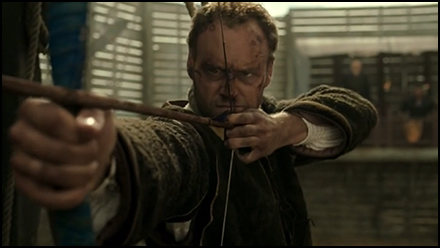 For these scenes, which are my favorite in the episode, I used haunted fragments of the Giuliano Death Theme and combined them with an ostinato in the lutes and guitars:

As the scenes progress, the guitars gradually grow more confident and urgent, while the ghostly textures recede. Ever since the second episode, I’ve used lute ostinatos like this to represent Lorenzo’s strength. Sometimes, the guitars represent how he intimidates others, and on occasion they show how others have learned to intimidate like him. 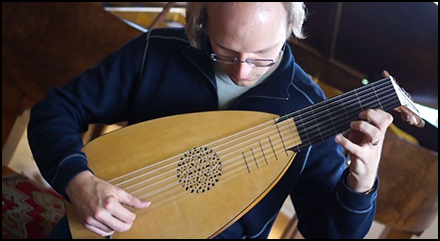 In the previous episode, I used this ostinato for the moment when Carlo and Clarice take back the board to the Medici bank and seal their position as its leaders. In “The Rope of The Dead,” the lutes represent Lorenzo finding his own inner strength and, ultimately, naming and defeating his hatred for his brother for dying before him. 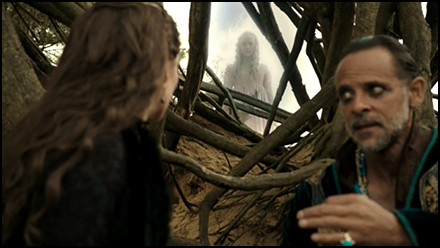 Meanwhile, Lucrezia must face a test of her own when she is visited by The Turk on the road to Constantinople. The Turk’s arrival is heralded, of course, with a Yialli Tanbur stating the Turk Theme:

The Turk tells her that she is to receive a message from her sister Amelia, who appears before her as an apparition. Referencing the score from “The Ends of The Earth,” the musical texture here is dreamy and ambient. A solo Celtic harp offers a plaintive statement of the Lucrezia Theme, to augment her rush of emotion at seeing her long-dead sister once again.

The Turk guides them to Constantinople, a place he announces has recently been renamed “Istanbul.” I really wanted to quote a certain They Might Be Giants song in this scene, because, really… how often do you get a chance to do that? Instead, I used my better judgment and quoted my own Ottoman Empire Theme on the ney and Turkish percussion, the signature instruments I had introduced in “The Ends of The Earth.”

The episode’s final six minutes leading into the evocative End Credits are a single cue I called “The Antidote,” which I think is possibly the strongest piece I composed for the entire season. It begins as Riario runs towards Machu Picchu, while a solo female Peruvian vocal sings a traditional Harawi (the track is bookended with these vocals, which helps provide it musical symmetry). Riario faces his final test: he must kill Zita in order to take the antidote to save Da Vinci. 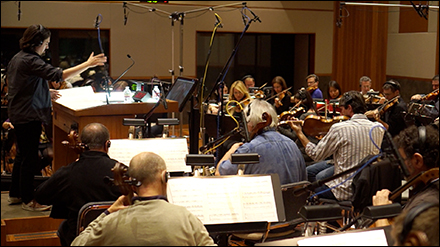 Despite their limited screen time together, I believe they truly loved one another and their performances in this sequence are heartbreaking. This inspired me to write one of the most lyrically orchestral passages I have ever composed for Da Vinci’s Demons. We brought in the largest orchestra yet for this episode, to make sure this sequence packed an emotional punch. 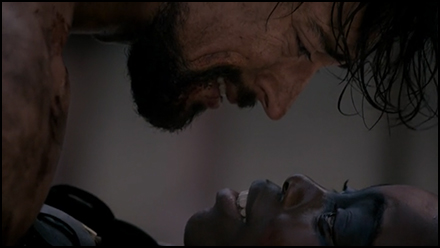 The montage is intercut with Da Vinci struggling to make his final escape, which is only possible after Zita’s spirit frees him after her death. Riario’s despair after killing her is powerful, and the orchestra swells with huge, uplifting chords. Beneath the soaring violin lines, I wrote an expressive inner line for the orchestral violas doubled by the Calder Quartet playing in unison. All those strings are combined with Pervuian percussion, viola da gamba and other Renaissance instrument to form what I hope is a tidal wave of emotional music that pummels the audience. This is a track that I hope soundtrack audiences will pay special attention to in the future (the near future, hint hint!). 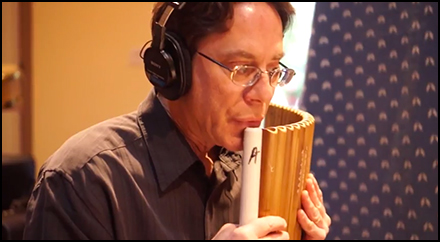 After sacrificing Zita to save his enemy, Riario promises Da Vinci death if they fail to find the Book of Leaves. Ending on this ominous note, “The Rope of The Dead” concludes with an End Credits composition of a solo Peruvian Harawi vocal, above an ethereal panpipe drone. 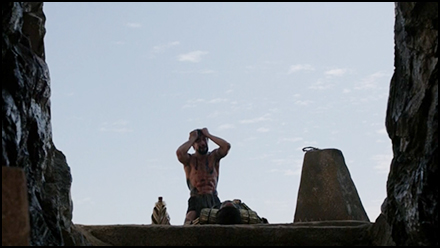 A typical episode of Da Vinci’s Demons these days clocks in at about 37 minutes of score, itself a feat to accomplish week after week. However, the added need for music throughout these dream sequences in “The Rope of The Dead” bloated the minute count up to a staggering 48 minutes, the longest score I have ever written for a single episode of television. For perspective, a typical hour of dramatic television for cable or network would be 42 to 44 minutes of narrative, including Main Title and End Credits. Since STARZ is a premium cable channel with no commercials, each episode runs between 54 and 58 minutes, making it possible to require scores longer than a typical television episode in its entirety.

Composing this many minutes of score in a short timeframe is always immensely challenging, and requires losing a lot of sleep to get everything done. By this point in the season, however, I found myself so familiar with the material that I could write relatively quickly. The themes and instrumentation were right at the tip of my fingers, allowing me to get my ideas down fast. Having done all the Peruvian research for “The Sun and The Moon” made the process of scoring “The Rope of The Dead” relatively painless. Writing quickly would turn out to be essential to be able to get through the next episode, “The Vault of Heaven,” which is packed wall-to-wall with intense action music. 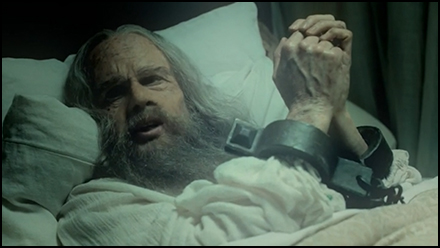 There was big news this week for Da Vinci’s Demons fans, when STARZ announced the series has been picked up for a third season. Season Three will be under the guidance of executive producer John Shiban, who is working with David S. Goyer to take the series to new dramatic places. Shiban is one of the best in the business and I can’t wait to see the stories they are cooking up. 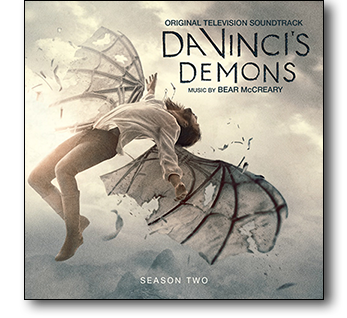 Speaking of big news, Sparks & Shadows will be releasing my second season score for Da Vinci’s Demons in the near future. Details are coming soon. Trust me, you’re going to want to pick this one up. I think it might be the best album I’ve ever produced. I can’t wait to share it with you all!