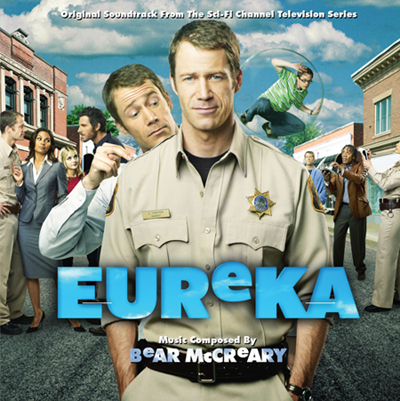 My soundtrack CD for Sci Fi Channel’s Eureka ships today!  After a long wait, it is finally available from La La Land Records, the label that also released my Battlestar Galactica albums.

Whether or not you’ve seen Eureka, this CD is worth checking out.  The music is a totally unique and twisted blend of folk, blues and zydeco with 80s New Wave synths, 8-bit and 16-bit video-game-inspired FM synthesis, 70’s keyboards, accordions, dobros, didgeridoo and a little Spanish Flamenco.

Eureka provided an unparalleled opportunity to let my sick imagination run wild.  While the visceral sound of the music couldn’t be more different than my work on Galactica, the approach was actually quite similar.  I came on board at the beginning of the second season, and gave this series, and its universe, the unique musical signature it needed.

There are magnificent performances by musicians familiar to Battlestar fans.  Steve Bartek plays acoustic and electric guitars, Chris Bleth plays woodwinds (though no duduk this time) and Paul Cartwright, who plays electric violin for Galactica, shows off his mandolin skills.  M.B. Gordy leaves the taikos at home to play drum kit and country percussion, including spoons and washboard. 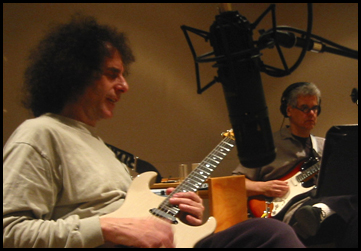 The album also features the amazing guitarist Ira Ingber, Wendell Kelly on trombone and yours truly on accordion and melodica!  In fact, one of the most fun parts of doing the show was that it finally allowed me to lay down some serious accordion tracks… an opportunity that has come up only rarely on Galactica, believe it or not! 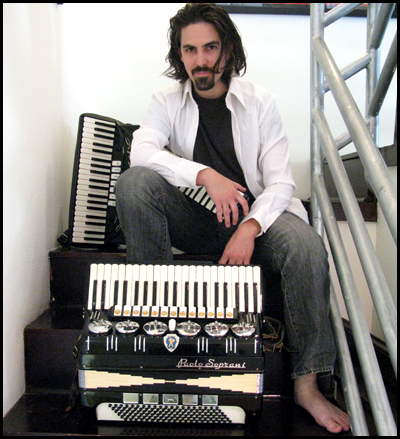 If this is sounding like a very weird soundtrack… well… it is a very weird soundtrack.  What can I say?  But, above all, it’s fun.  The cues feel lively and spontaneous, providing the upbeat energy that the show requires.  It’s certainly a side of my musical personality that BG fans have yet to hear.  (Would you believe that in college, the majority of films I scored were upbeat comedies or full-fledged musicals?  Doing years of dark, brooding Galactica music almost made me forget how to be funny. When I started Eureka, I had to remember how!)

I put a few samples here, so you can hear these weird instruments and combinations in action.  Click on the titles to hear them.  These are just a few of the stand-out tracks from the disc:

Sheriff Carter’s Theme – While not technically the Main Title, Jack’s Theme perfectly captures the vibe of the show, and I consider it the “Unofficial Main Theme of Eureka.”  This is one of the catchiest little tunes I’ve ever written.  The groove is lifted from country / zydeco songs, and performed by an outstanding live rhythm section on a foundation of goofy 16-bit video game synths.

Prehistoric Love Spores – This one was originally entitled “This Town Needs An Enema,” from Allison’s dialog lifted from Tim Burton’s 1989 Batman.  I decided at the last minute that the title might be a little weird out of context.  It has a nasty Zydeco groove, heavy on the accordions.  Think Buckwheat Zydeco meets Red Hot Chili Peppers. 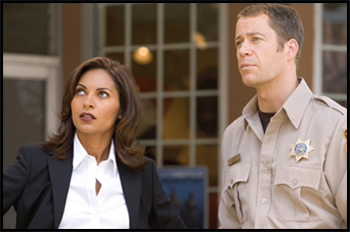 Allison’s Theme – Allison’s theme is unabashedly romantic and shamelessly pretty, the kind of tune composers rarely get to write anymore.  I took a lot of my inspiration for this series from the 1980s comedies scored by Elmer Bernstein and Jerry Goldsmith, in particular Ghostbusters and Gremlins.  Both film scores had manic, comedic energy but also managed to incorporate breathtakingly gorgeous themes. (Don’t remember them?  Dana’s Theme in Ghostbusters is a knockout for solo cello, even more fitting because her character was a cellist.  And, the tune that Gizmo sings in Gremlins is really quite beautiful.)  I wanted a similar feel for Eureka, where the comedic energy in the music is balanced out by a beautiful love theme. 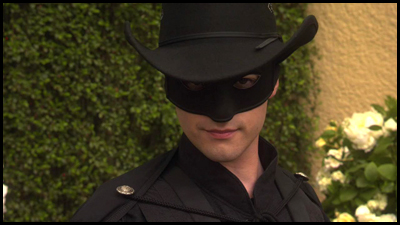 The Mask of Fargo – I don’t know if I’ve ever had as much fun writing a piece of music as I did with this.  The track also features stunning performances by two soloists.  Carlos De La Paz is the featured Flamenco guitarist and Peter De Siena brought his screaming trumpet chops.  I met Peter in college, when he played on my student film scores and I never forgot how amazing he was… so I knew immediately this was the track to feature him on.  The clip online doesn’t even begin to show how high he plays on this song.  You have to hear it to believe it.

The S.A.R.A.H. Mobile – It’s a goofy little track, but a fun groove, drawing more inspiration from the Sega Genesis than anything else.

Let’s Get Hitched – Written and performed by Brendan McCreary, whose voice you should all recognize from his powerhouse performance of All Along the Watchtower in Battlestar Galactica.  You can’t appreciate the depth of his talent until you hear him sing his own songs, and this is one of my favorites.  People assume I just say these things because he’s my brother until they hear him.  🙂 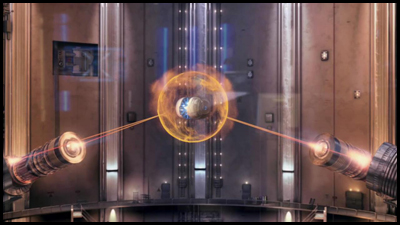 Little Big Bang – This is a good example of how the score typically functions on Eureka.  The balance of live rhythm section and goofball synthesizers is really nice, and it creates genuine tension.  That’s the trick with this series… you can never get too dark or you betray the spirit of the show.  At the same time, I always want the music to be genuine and suspenseful when it needs to be. 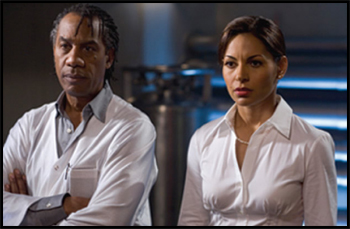 Henry’s Theme – Speaking of getting dark, Henry’s Theme is about as far as we ever pushed it on this season of Eureka.  His theme is ominous and brooding, melancholy and mysterious.  Really quite beautiful, actually.

Taggart’s Theme – For some reason, bluesy dobros seemed the way to go to score Taggart.  I know, I know… he’s supposed to be Australian.  Whatever. 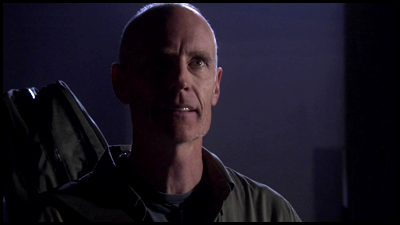 The Laser Cannon – This was the last cue I wrote in Season 2, when I was completely out of creative gas.  Nevertheless, this action cue turned out to be the most dynamic and energetic piece of the entire season.

Noche De Suenos – This episode was a very trippy story where people started sharing dreams.  This piece and the Mask of Fargo piece were both written for it.  This track features a hilarious waltz-groove at the end co-written with Aaron A. Roethe, a very talented composer who helps me out on this show.

EurekAerobics – We needed some source music for a scene in a gym.  I thought about what kind of workout music Eureka residents would like and figured they’d be listening to my friend Jonathan Snipes, and his band Captain Ahab (who are absolutely amazing, and have contributed tracks to NBC’s The Office and  Snakes on a Plane among other projects).  Jonathan wrote and produced this track and, I hate to admit this… its one of the most fun tracks on the whole CD.  Damn him for being so good at this!  We last worked together on Under Your Bones for the Wrong Turn 2 soundtrack, and I’ll be working with him on the next Captain Ahab album.

Everyone’s Dumb – This track just cracks me up.  The hip-hop groove, the gloriously stupid 8-bit percussion and the blatting trombone and bass clarinet are priceless.  The best part is… later on, the cue gets serious and tries to actually communicate a tense, spooky score in this setting.

Erotomania! – In this scene, Jack and Fargo are attacked by a group of women whose hormones are raging out of control thanks to a… well, I don’t remember.  The point is, they’re about to killed by a bunch of girls with golf clubs.  This is a situation where I’m writing music a bit cheesier than my tastes normally allow.  But, its in the name of comedy.  I wanted to make this cue as “serious” as possible… and by that, I mean as ridiculously cliched as possible.  I think I succeeded.

Threat of Nuclear Cleaning – Dark and yet energetic, this underscored the tense climax of the second season.  I generally avoided unusual meters on Eureka, because I use them so much on Galactica, but I couldn’t resist a sexy 5/4 80’s rock groove like this. 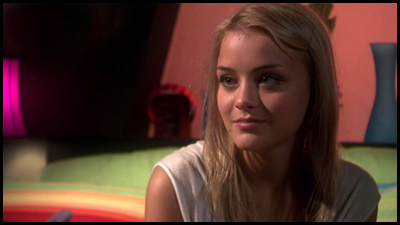 All that, and the CD even includes the Main Title written by Mark Mothersbaugh and John Enroth!

I hope you guys give the Eureka soundtrack a shot, even if you don’t follow the show.  There’s a lot to enjoy.  If there’s one thing this show taught me… it’s that, every once in a while, its nice to take a break from taiko drums and “serious” soundtrack music.  🙂