In tonight’s blog entry, I look back on the remarkable experiences I had recording my score for “The Cape” each week with world-class musicians.  At our largest orchestra session, for last week’s The Lich Part 2, these musicians surprised me by presenting me with a beautiful award for “outstanding contributions to the art of film scoring” and for “continued commitment to bringing live music to television.” I was very touched by this honor, and can share the moment with you all in this week’s video blog:

I’ve culled together a few of my favorite session photos, taken by Andrew Craig, and posted them here, starting with this amazing 360° panoramic taken from the center of the orchestra: 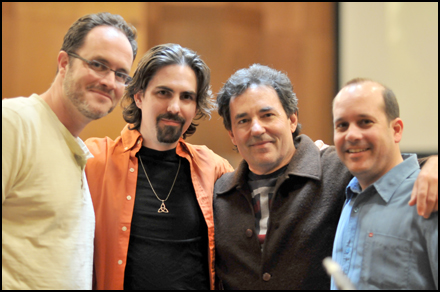 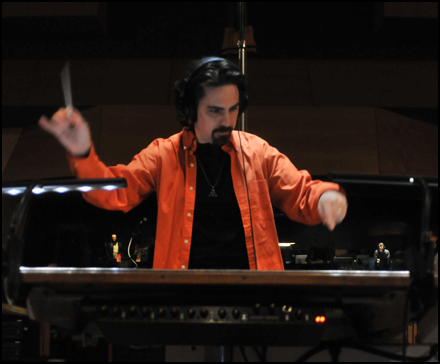 I must be pointing at something important on the score! 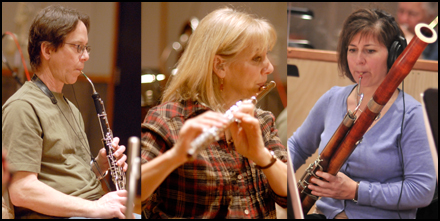 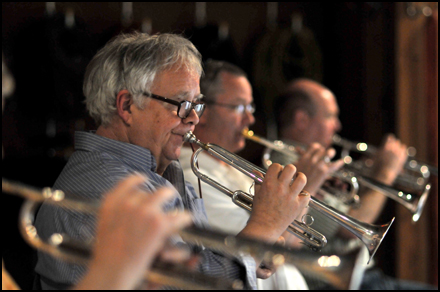 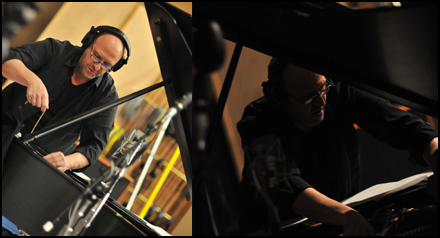 Randy Kerber lays chains in the piano, then strums inside on the strings for spooky “Lich Theme” effects. 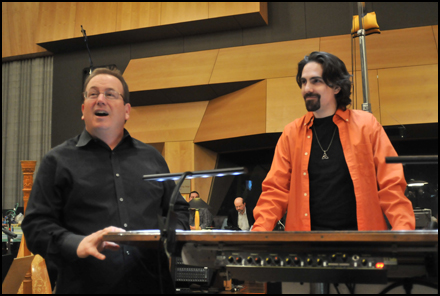 Orchestra contractor Peter Rotter gives a speech to the orchestra before the RMALA presents my award. 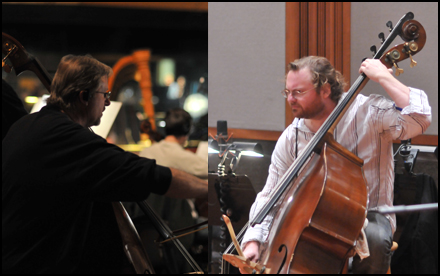 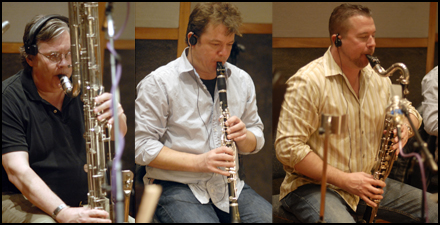 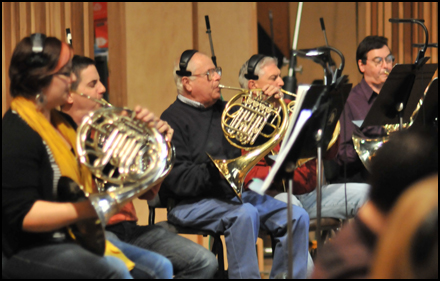 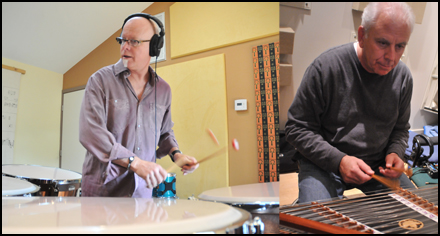 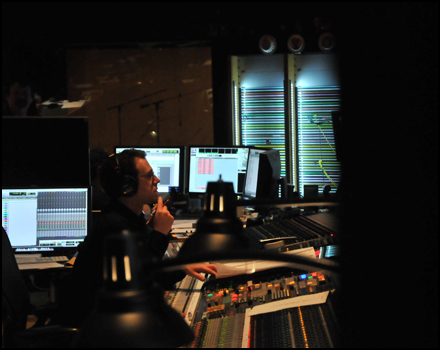 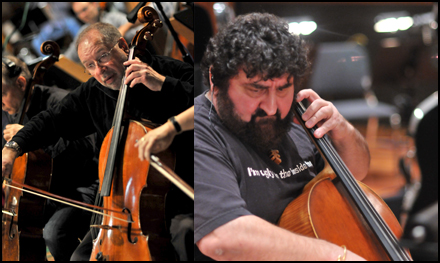 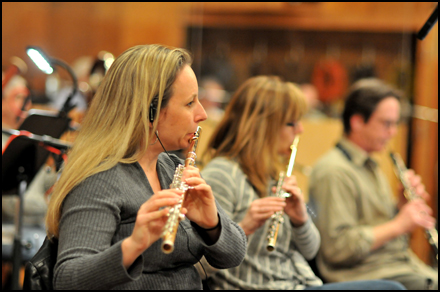 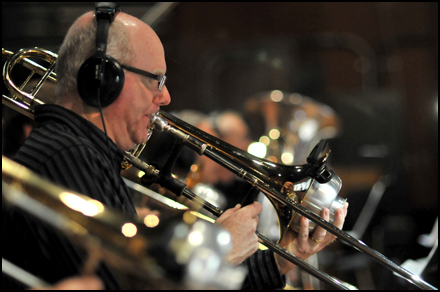 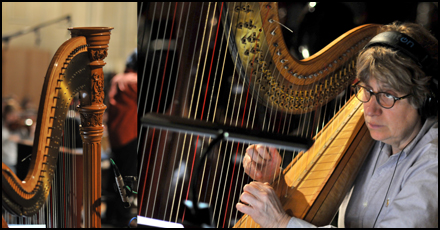 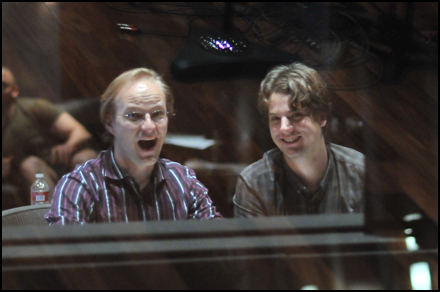 Orchestrators Ed Trybek (L) and Henri Wilkinson (R) being very serious in the booth.  (Still, my favorite picture of them was in the O Little Town… blog entry.) 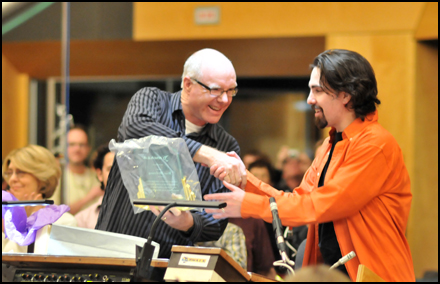 Alex Iles presents me with the RMALA Award. 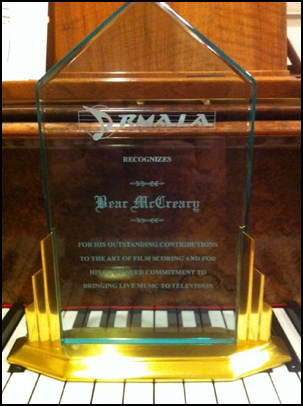 The award posed for a photo op on my piano, but now it’s on my desk.  🙂 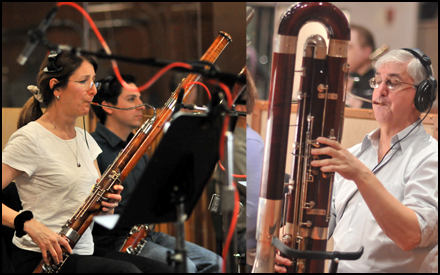 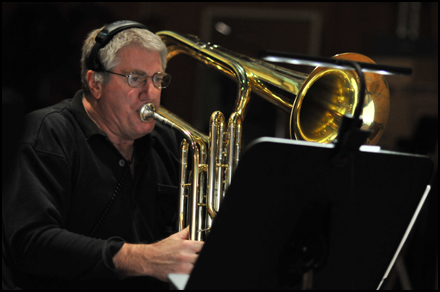 John Van Houten gets an amazingly powerful bass sound from the cimbasso, an instrument that looks like it belongs in a Dr. Seuss illustration. 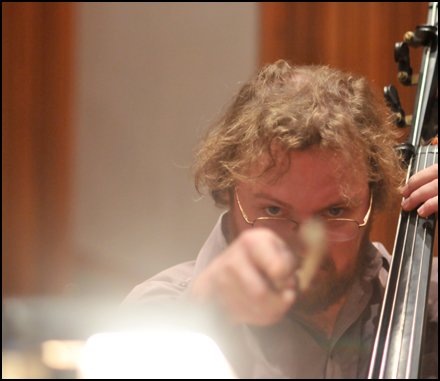 Here’s looking at you, Mike. 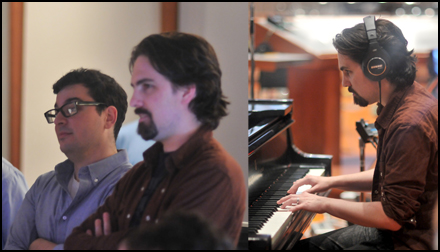 Producer Andy Weil and I listen to a take played back at the Warner Bros. stage (L).  Playing the Family Theme on piano (R). 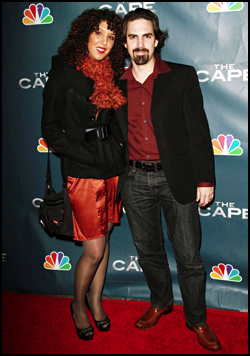 Raya Yarbrough and I at “The Cape” Premiere Party.  A reporter walked up to me and said “So, who do you play in the show?” I responded “I play Hurdy Gurdy.” She didn’t get the joke. 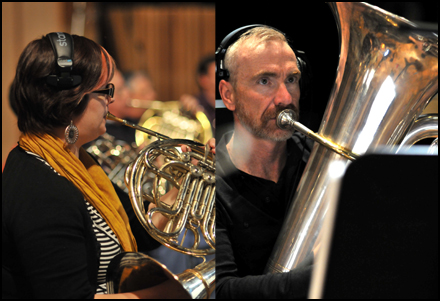 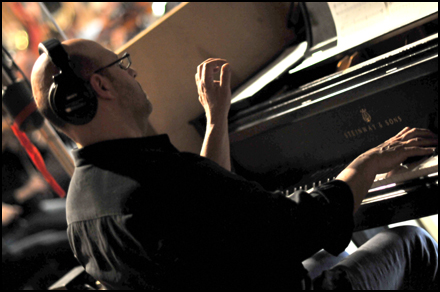 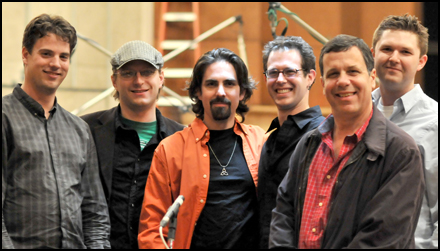 I could never have created this lyrical, bombastic adventure score without the help of all these individuals and countless others.  In particular I’d like to thank my dedicated music team, including people who were not pictured: supervising orchestrator James Hopkins, scoring coordinator Jonathan Ortega, scoring assistants Michael Beach and David Matics, videographer Kevin Porter, assistant engineers Tom Brissette and Laurence Schwarz, assistants Andy Harris and Chris Moscatiello and our hardworking interns Denise Slenski, Justin Schornstein and Derek Zhao.

I’d also like to thank Tom Wheeler, John Wirth, Gail Berman, Lloyd Braun, Deran Sarafian, Andy Weil, Peter Chomsky and all the cast, crew and producers of “The Cape” for recognizing the power and dramatic advantages of using a live orchestra on television.

I have loved every moment of this experience.  I am a better composer as a result of it.  I look forward to releasing a soundtrack album so all the fans out there can really hear the musical details we’ve all struggled so hard to perfect.  I’m in the process now of narrowing down track selections.  If there are specific themes or cues you really want to hear on the album, let me know in the comments here.

Stay tuned here at the blog for more details on the album and many other exciting announcements in the coming months.  Thanks for reading and following along this amazing journey! 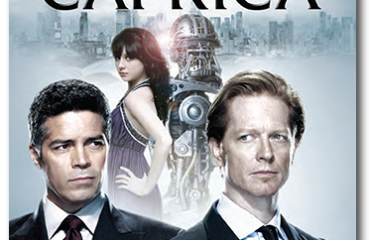 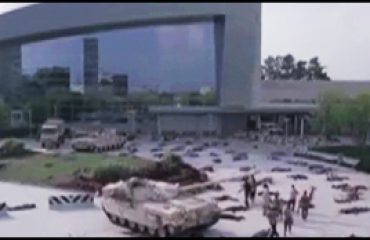