DARK VOID ZERO is released on DSiWare today!  PC and iPhone aps are coming soon.  I scored the game in a completely authentic 8-bit style, based on the musical themes of my orchestral score to Dark Void. 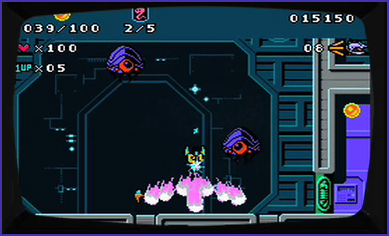 Dark Void Zero is a prequel story to the events of Dark Void, which comes out tomorrow for X-Box, PS3 and PC.  The evolution of my completely 8-bit Dark Void Zero score began last spring, when Capcom announced me as the composer for Dark Void. As part of an April Fool’s prank, Capcom and I released a track I created called “Theme from Dark Void (Mega Version).”

I created that track during my last days of composing the real Dark Void score as a way to thank to gang at Capcom for such a rewarding and creative experience.

The first video games I’d fallen in love with as a kid were Capcom titles, notably Mega Man II and Mega Man III, so it was even more meaningful to translate my first video game score (which happened to be for Capcom) into this retro arrangement.  And as you can see from the labels on my hard drives, I’m still quite a Mega Man fan!  🙂 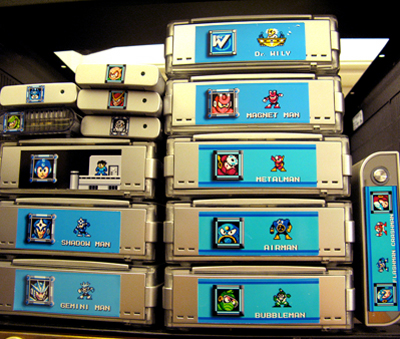 I never intended the 8-bit music to ever live on past that one track for April Fool’s.  However, a few months ago, Dark Void producers Morgan Gray and Shana Bryant told me of Capcom’s plans to release an 8-bit game, inspired partly by the fan reaction to my 8-bit theme song.  I leapt at the opportunity to produce an entire 8-bit score and insisted that they let me write the music for Dark Void Zero. They didn’t turn me down.

Scoring Dark Void Zero presented creative and technical challenges.  I was limited to a precise amount of music that could be squeezed into the game.  The short time limit the developers were first asking of me felt tragically inadequate.  I encouraged them to find a way to make room for more music.  Ultimately, we found a compromise between disk space and sound quality that very accurately recreates the feelings of playing an old NES cartridge game.

I adhered to a few simple “rules” of 8-bit video game scoring:

1. Each level has a unique theme that captures the mood of the environment.
2. Level music loops after about a minute
3. All bosses have the same fight music, except for the very last one.
4. Boss battle music features fast arpeggios that get annoying after a minute or two.
5. All cinematics feature the same music, except for the final one.

While each level features its own unique melody, the 8-bit score features musical “cameos” of all the major themes of Dark Void.  The themes are developed and interwoven throughout Dark Void Zero with the same care and attention to detail I brought to the sweepingly orchestral Dark Void score.  In fact, I think of the score to Dark Void Zero as the companion piece to the Dark Void score.  One can not truly experience all the music of this universe without also listening to these 8-bit variations.

Technically, the 8-bit score was a fantastic challenge.  When I first made the “DV Theme (Mega Version),” I wanted to perfectly recreate the 8-bit chip music heard on old NES games.  I got together with my synth sound designer Jonathan Snipes (who created many of the virtual instruments I used in Terminator: The Sarah Connor Chronicles) and we began researching how this could be done.  The ideal way would be to compose it for the NES hardware (ie. program it) and have someone at Capcom or another publishing company around during the 8-bit days play it back on their hardware.  This seemed like a colossal pain in the ass, and we opted for the next best way: to create a sample library of NES sounds.

I focused my energy on creating the signature percussion effects I wanted while Jonathan generated various leads.  We used multiple NES software emulators, and created the sounds you hear on the track we released last spring.  I was thrilled with the final arrangement and the energy it managed to communicate, but I was never totally satisfied with the sound quality. 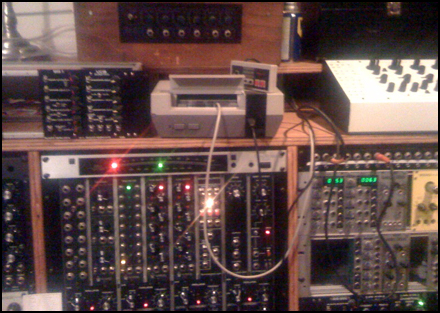 For Dark Void Zero, I wanted to improve on our initial work.  This time, Jonathan made a new library of sounds, sampled directly off the Nintendo hardware, using a MIDI interface fused with a NES cartridge.  Compared to the software emulators, these sounds were analog, warm and inviting.  The same “Mega Version” released last spring now serves as the “Dark Void Zero Theme” and this new recording sounds glorious and totally authentic.  Considering that most people would think 8-bit music sounds “bad,” Jonathan and I spent a ridiculous amount of time making it sound “good!”

Writing with carefully edited samples instead of a proprietary hardware synthesizer meant I could bypass all the limitations of the hardware and write music as complex as I wanted.  However, to stay true to the style, I still wrote within the musical constraints that composers for the original NES games struggled.  The result is music that sounds, in my admittedly biased opinion, absolutely authentic and could easily be mistaken for music coming off NES hardware in 1986.  The severe musical limitations forced me to fall back on catchy melodies and rhythms, resulting in some of the best tunes I’ve ever written for anything.  Oddly enough, of all my soundtracks, Dark Void Zero is the one I keep coming back to and listening to in the car!  I think that both gamers and soundtrack fans will find a lot to enjoy here. 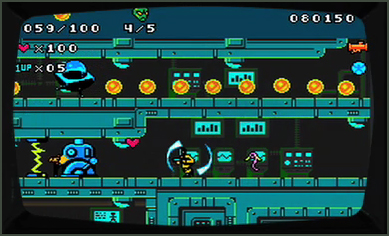 Dark Void Zero is available from the Nintendo DSi Shop for 500 points.  I must say the developers captured the spirit of the 8-bit glory days.  The game is challenging, occasionally infuriating and definitely worth playing.  Oh, and the REAL Dark Void is going to be really damn good, too!  🙂  Stop by tomorrow for my detailed blog entry about the creation of that score.