by Bear McCreary / Tuesday, 14 May 2019 / Published in Blog, Films, Professor and the Madman

The film’s story is an exploration of the inherent beauty of language, centering on two men who appreciate their language to such a degree that they dedicate their lives to cataloging and organizing its beautiful fluidity. In the film, Professor James Murray (Mel Gibson) is tasked with creating the Oxford English Dictionary, a Herculean task that involves tracking and cataloging the evolution of every word in the language manually, in essence, reading every book ever written. He is aided by William Chester Minor (Sean Penn), an inmate and convicted murderer at Broadmoor Asylum, a man whose personal demons and mental illness seem to be kept at bay as he works. Together, the two form a unique bond as they craft the foundation of the work that still lives on to this day. The film is dramatic, shocking, moving, and based on a true story! I felt strongly that their passion for words could be made narratively clear to the audience, in part, through emotional support from a lyrical, orchestral score.

Set in late nineteenth century England, The Professor and the Madman takes place in a historical era rich with luscious orchestral textures and evocative poems, assets I channeled into my work. This is an era of music history with which I already had a passing familiarity, having composed in 2015 in the era’s style a setting of Christina Rossetti’s famous poem “When I am dead, my dearest.’ (I’ll come back to this in a bit!)

To begin a deeper research dive, I put myself on a strict diet of contemporary English composers, leaning heavily on Ralph Vaughan Williams, Edward Elgar, Hubert Parry, and Gustav Holst. I was struck by several factors I thought I could use in this score, including adventurous Romantic chromatic harmonies, and dexterous, virtuosic performances by concerto soloists. I also thought back to my personal favorite cinematic ‘costume drama’ score, “The Age of Innocence” by Elmer Bernstein, and admired how my mentor had incorporated these same musical concepts into his own masterwork. I internalized all these ideas, and wove them into a cinematic texture to create what I hope is a modern interpretation of music from this time period.

These ideas are epitomized in the Murray Theme, the film’s primary theme, and one most closely associated with Mel Gibson’s James Murray. Instantly, the ear is drawn to the virtuosic cello solo, supporting the melody with brisk arpeggios. I was fortunate to work once again with my friend Eric Byers, an absolutely brilliant cellist, who elevated my material with his skill and expression. Through the film, Eric plays the Murray Ostinato:

Narratively, this dancing arpeggio underscores vital moments of change in Murray’s life, and provides urgency, excitement, and at times, emotion. I thought of this figure as representing the gears of fate turning, kicking into a higher gear whenever the story propels forward. It is the spine of the entire score. This cello ostinato is merely the precursor to the score’s most important asset, the Main Theme:

This lilting waltz represents James Murray, and his friendship with William Minor. Mel Gibson brings a surprising warmth to his role as Murray, and I used this theme to help the audience connect with him and his admirable goal of creating the world’s first dictionary. The theme grows throughout the film, underscoring moments of warmth, levity, tragedy, and bittersweet victory. As the score’s catchiest melody, this theme proved to be a very useful tool in my toolkit.

My theme for the film’s titular madman, William Chester Minor, stands in stark contrast to the elegant, organized structure of the Murray Ostinato and the Main Theme. Inspired by Sean Penn’s depiction of the erratic and fragile Minor, I underscored his character with a frenetic violin solo, performed with virtuosic gusto by Sandy Cameron.

I have been a huge fan of Sandy for several years, and was thrilled to collaborate closely with her. I composed several melodic and motivic fragments to begin our recording sessions, but ultimately leaned heavily on her improvisations. I found that she delivered the best performance when I stopped asking her about the technicalities of string performance, such as double stops, harmonics, and bowings, and instead spoke to her solely in terms of narrative. We discussed Minor’s character, his dark past, and his ever-creeping paranoia. From there, Sandy delivered blistering performances that I used throughout the film.

I think of Minor’s violin theme as the musical equivalent of cracks forming in a pane of glass that is about to break. As he reaches his breaking point, the violin moves further and further to the forefront of the mix. Then, as his friendship with James Murray begins to calm his frayed nerves, the violin slowly recedes into distant reverb, before ultimately being lost entirely in the warmth of the main theme. However, it is always there, lurking in the background, ready to spring out at any moment.

Despite the massive onscreen presence of the two leads, The Professor and the Madman is packed with memorable supporting characters. By far the most important is Natalie Dormer’s Eliza Merrett, the widow of the man tragically shot to death by William Minor. Eliza’s role in the story, especially as she became a crucial figure in Minor’s life and potential redemption, required she have her own theme.

The Eliza Theme is relatively understated, a series of elegant intervals placed delicately in the mix by a solo harp and small woodwind ensemble, featuring bassoons in their upper registers.

Natalie Dormer is fantastic in this role, telling us everything we need to know about Eliza’s inner suffering and conflict through her eyes and body language. Melodically and harmonically, Eliza’s Theme offers a more introspective sound to the score.

With my thematic material for Murray, Minor and Eliza in place, I believed I had all the musical ideas I would need to score the film. However, as I progressed through the story, I came to a pivotal sequence towards the end that required music that could transcend all these characters. The sequence of scenes played almost like a montage, touching upon the emotional devastation felt by all three lead characters. The score here would obviously need to ebb and flow subtly to not intrude upon the drama, and I knew it would be a creative mistake to shoehorn in three different character themes. No, this sequence was so special, I felt it required a new musical idea. Then, I thought back upon a concert piece I wrote four years ago, “When I am Dead.”

While the true-life historical events of The Professor and the Madman were taking place, another British academic, Christina Rossetti, wrote her influential poetry, including my personal favorite poem of hers, “When I am dead, my dearest.” In 2015, I composed a setting of this poem for piano, string ensemble and mezzo-soprano. “When I Am Dead” was recorded that year, performed by the ever-impressive Melanie Henley Heyn. (I wrote an entire blog entry about it, here.)

When I am dead, my dearest,
Sing no sad songs for me;
Plant thou no roses at my head,
Nor shady cypress tree:
Be the green grass above me
With showers and dewdrops wet;
And if thou wilt, remember,
And if thou wilt, forget.

I shall not see the shadows,
I shall not feel the rain;
I shall not hear the nightingale
Sing on, as if in pain:
And dreaming through the twilight
That doth not rise nor set,
Haply I may remember,
And haply may forget.

With its melancholy lyric, pensive harmonic language, and Melanie’s soaring vocal, I realized that “When I Am Dead” would be a perfect fit for this dramatic sequence in the film, so I returned to the material once again, reinterpreting it and reshaping it to fit the film’s narrative’s needs.

The result was a perfect blend of music, narrative, and image, yielding perhaps my favorite cue in the film. I also loved the opportunity to go back and “When I Am Dead.” In fact, the soundtrack album includes both the film’s version, as well as a new recording of my full concert piece.

Speaking of the soundtrack album, I am thrilled that it is available now, in all major digital formats, including Apple Music, Spotify, Amazon, and on CD, from my label, Sparks & Shadows. A limited run of signed CDs will be available exclusively from La-La Land Records next Tuesday, May 14th!

1. The Professor and the Madman
2. The Murder of George Merrett
3. The Murray Family
4. Broadmoor Asylum
5. Aardvark to Zymurgy
6. Eliza Merrett
7. Finding the Pamphlet
8. Snowball Fight
9. Minor Begins
10. A Collaboration and Friendship
11. Minor Meets Murray
12. Wider than the Sky
13. Diploma
14. Autopeotomy
15. When I Am Dead (Film Version)
16. One Last Measure
17. Turndown
18. When I Am Dead

While the events of the film unfold over decades, the actual composition and production of this score were completed on one of the shortest timelines in my film career to date, and I could not have completed it without the support from everyone around me. I would especially like to thank Nicolas Chartier, Dominic Rustam, and everyone at Voltage Pictures, as well as Tyler Zachariah and Gaston Pavlovich. Huge shout outs are due as well to Richard Kraft, Laura Engel, everyone at Kraft-Engel Management, Joe Augustine, additional music composers Sam Ewing and Jason Akers, and my entire team at Sparks & Shadows, and all the cast, crew, and musicians who contributed to this inspiring film.

(I was fortunate to have this sketch done as I conducted, by my friend Scott Sava, who attended the sessions with his delightful family!)

While composing The Professor and the Madman, I felt as if I had somehow been able to channel my mother’s love of words into musical notes. I drew upon all those childhood experiences she gave me, and focused that emotion, nostalgia and love, into a score to support a moving film I deeply admire. This score album is dedicated to my mother, from whom I inherited my love of story. 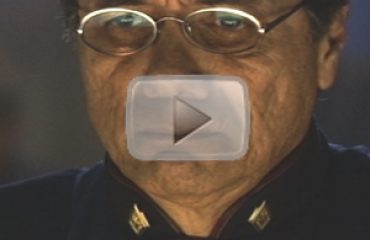