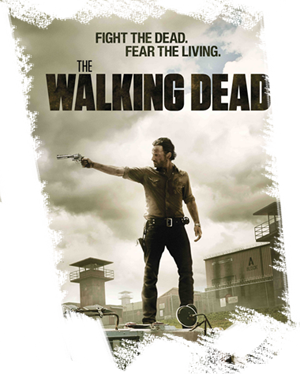 The wait is finally over!  The third season of AMC’s hit series “The Walking Dead” begins tonight!

I don’t want to give away some of the surprises in the premiere, so I’m welcoming you guys back with a relatively spoiler-free video blog about the score.

This season you will hear new sounds and themes, in response to the new characters and locations.  Tonight’s episode, “Seed,” touches upon a handful of them, but you will hear even more in the coming weeks as we meet The Governor and learn more about the town of Woodbury.

As I discuss in the blog, tonight’s episode is all about the prison and predominantly features the Prison Theme that was hinted at in the Season 2 finale:

In addition to expanding upon the Prison Theme, “Seed” also allowed me to get back to basics. Despite strong character arcs, this series is, at heart, a horror tale and tonight’s episode features some of my most suspenseful writing to date.

The episode’s opening scene showcases our main characters clearing out a house.  They are clearly more experienced than when we last saw them, working with methodical efficiency.  And yet, there are still some fantastic moments of suspense.  I found that the simplest cluster in the string orchestra, timed just right, adds incredible tension.  I love playing with audience expectations in scenes like this.  For example, the music ramps up as Rick is about to open the pantry door only to reveal that he’s confronting Daryl, who nearly kills him with his crossbow. Even though the audience probably knows that a zombie attack isn’t imminent (after all, we’re a mere 90 seconds into the episode) the music still suggests that anything could happen.  And on this show… anything could happen.

An odd moment at the end of this sequence created a perfect spot for unique scoring.  Daryl approaches an owl sitting by an open window.  Here, I faded out the dissonant string chords and fluttery dulcimer clusters and let the score rest on an unsettling ambient synth drone, awash in delay and reverb.  It’s so subtle, it almost sounds like a sound effect.  The sound has a weird emotional result, prodding us to start over-thinking the owl.  What does it mean? … What is Daryl thinking?…  What the hell is going on?

Daryl shoots and a quick cut later we’ve snapped back to reality.  The ambient drone is gone and he’s holding his dinner.  The moment plays for laughs, because the score was misleading you into reading too much into this moment.

In other scenes, the score does the opposite: it actually backs off to lull you into a false sense of security.  I personally think that the cue in the final act of this episode is probably the scariest piece of music I’ve ever written, period.  As Rick and his crew delve deeper through the dark hallways, I took great care to make sure the music was always leading them further into the shadows.  Subtle swells occur as they round each corner, and yet nothing is there.  Finally, just as the audience is realizing that the swells are false alarms, they go away entirely.  Rick rounds the next corner, without any swell in the music… and all hell breaks loose.

“Seed” had some challenging moments for me, but in all, it was like coming home to an old friend.  Having scored two seasons of “The Walking Dead,” I eased right back into the dissonant strings, jangly autoharps, pounding toms and that sick and twisted distorted banjo.  I hope the score helped keep you on the edge of your seats.  Hang on for a hell of a ride this season!

PS: Greatest last line of dialog for an episode ever, right? 🙂 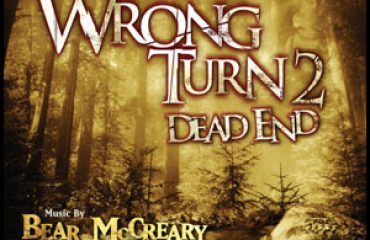 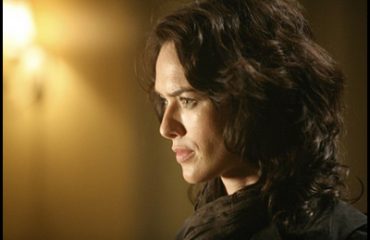 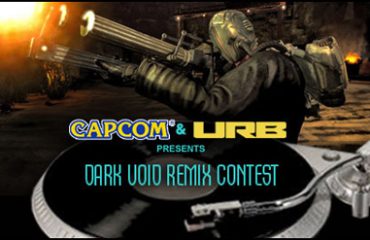