Well, you asked for it! Here is the second part in my exploration of thematic material in Battlestar Galactica. If you missed part one, you’ll find it here. As for this week’s A Measure of Salvation, I don’t really have much insight to offer. After last week’s wacky solo piano craziness, the music this week plays it pretty straight. The only musical oddity is the re-appearance of the long-dormant…

This simple chordal pattern was written for 33, and was designed to express Helo’s dread and fear as he was pursued and captured by the Cylons. It was performed with strings, synths and a dark choral, vocal texture and is comprised entirely of shifting minor chords, ending with a major chord.

After making several appearances throughout the first season, it vanished from the show once Helo returned safely to Galactica. It makes its first return this week in A Measure of Salvation.

Helo’s objection to the issue of genocide provides the moral tension to the story. This time, rather than suggesting that Helo is in peril, the theme adds a darkness and menace to his character, underlying the possibility that he will take matters into his own hands to defend what he believes is right.

This theme was originally composed for Act of Contrition, and was featured in the funeral sequence (which also included flashbacks to Zak Adama’s burial). I wanted to write a dirge-like melody, that would represent the deep, cultural heritage of their religious ceremonies. I envisioned a chant that might be sung at such an event and came up with this tune, though no lyrics were ever set to it.

This theme began as the default religious hymn of the score. As Laura Roslin’s divine prophecy comes into play towards the end of the first season, it can be heard associated with her character. In Hand of God, where she first learns of the writings of the prophet Pythia, this melody is directly quoted in the score.

While this planted the musical seeds of a theme for Laura Roslin, it was unexpectedly knocked off course when a different melody suddenly became associated with her religious destiny. As a result, this theme has made fewer appearances in the second and third seasons, and is now almost always solely associated with a religious ceremony, such as Admiral Cain’s funeral.

As Laura Roslin slipped into divine prophecy in season one, the Religious Ceremony Theme was poised to become her signature melodic identity. However, in Kobol’s Last Gleaming Parts I and II, I was asked to introduce a boy soprano singing in Latin, to help underscore the spiritual, yet mysterious discovery of Kobol.

This boy-soprano melody, set to lyrics in Latin, would eventually evolve into Roslin’s theme, even though it is never directly associated with her character in either of those episodes.

In the early part of season two, this theme became inseparably tied to Laura Roslin’s personal, spiritual crisis. After I spent much of season one struggling to find her musical identity, suddenly it became crystal clear. The mystery of finding Kobol was directly linked to the mystery of Roslin’s undying belief in prophecy, and as I scored the scenes where she sat in Galactica’s brig, awaiting her fate, this melody was the perfect fit.

By now, this theme has been heard many times, almost always associated with Laura Roslin. The most prominent use yet was in Occupation. The opening montage features this melody sung in Armenian, with new text written for the episode, coming full circle from its original Latin text written for Kobol’s Last Gleaming.

This one is so short and simple, I hesitate to even include it. However, it has been a useful building block in the music. This idea began with the chord changes alone, and the melody developed out of them. It was originally composed for Six Degrees of Separation as a musical identity for Baltar’s loneliness and misery.

Fortunately for me, Baltar’s perpetual misery and confusion come up quite frequently on Battlestar Galactica, leaving me plenty of room to bring this theme back! Generally, the melody is voiced in the duduk while the chords are played by strings, synths and dark, choral voices.

Not a theme, so much as a rhythmic motive, this idea has been around since the very first episode. It was originally introduced when Helo ran from the Cylon centurions. Performed on taiko drums and augmented with metallic sounds (including pots, pans and toasters!) this riff had energetic rhythm and a subtle wink to the audience as well.

In the first season, this rhythm was used strictly for the scenes involving Helo and Sharon escaping the Cylon centurions. Once they fled Caprica, I figured it would be the end of it. However, over the course of season two, this rhythm would adapt into a theme for the Cylon raiders instead of just the centurions.

This evolution culminated in Scar, when the producers wanted to create a Jaws-like musical character for the lethal raider of the episode’s title. This rhythm was the obvious choice. To help Scar’s theme stand out, I added a Brazilian berimbau to the pattern (this is the sound that begins Scar on the season two album), giving it a nastier, edgier sound.

Hope you enjoyed these. Keep an ear out for them as you’re watching. I’ll try to do this again sometime soon, since there are still plenty more themes I use on a regular basis. 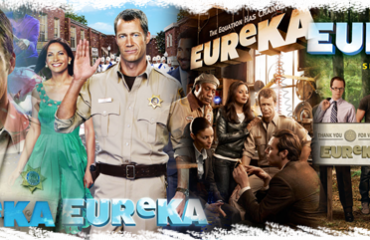 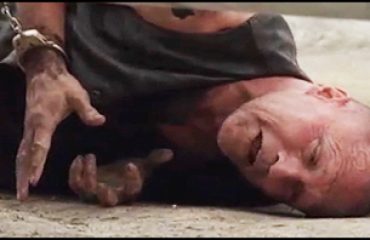