I’ve been fortunate to work in a variety of narrative formats — including television, features, videogames and webseries. “Daybreak” is a multimedia narrative that draws the best elements of each together into a totally unique experience, and I’m thrilled to contribute original score and theme music to it.  The mysterious sci fi story unfolds over five chapters, beginning with Chapter 1:

I leapt at the opportunity to be involved in “Daybreak” because the scripts struck a geeky nerve.  The story explores a concept I’ve always been fascinated with, and deals with one of my favorite historical figures (doing my best to avoid spoilers here!). Collaborating with writer / producer Tim Kring (Heroes) and director Jon Cassar (24, Human Target) made the project all the more irresistible.

However, “Daybreak” is not just an ordinary webseries.  There is an interactive component to this story that involves using the “Jack Boxer” app.  Working closely with the developers of the app, I incorporated relevant mathematics into the music.  Harmony, melody, rhythm, color — every aspect of the score is influenced by story details that are waiting to be discovered.

I learned a lot about applying both overt and hidden musical meaning to story while working on “Battlestar Galactica.” Those lessons paid off big time in “Daybreak” (a series that ironically shares a title with BSG’s final episode!)

I would love to dive into the geeky detail of how I crafted this score and its message-laden Main Title Theme.  But, I don’t want to spoil the fun.  See if you can figure it out!  Leave comments here and let me know what you discover.

For more details, and information about downloading the Jack Boxer app, head over to the Daybreak Official Site.  As new episodes go online, I will update this blog entry with new insights.

I see some fans online have already figured out some secrets about the Main Title. I won’t go into detail here just yet, but it’s exciting to see how quickly fans have uncovered some of the things I hid in the score.

The Daybreak Main Title theme is the musical DNA sequence of the entire score.  Embedded within it are all the significant musical properties from which I derived the rest of the music for the series.  The key musical theme to listen for is this 4-note sequence, the Dodecahedron Theme:

This motif pops up all over the episodes, but particularly in scenes dealing with the mystery of the Dodecahedron.  However, this week’s episode was a marathon because it’s packed with virtually non-stop action, including one of the most impressive vehicular stunts I’ve seen in a long while, involving a jack-knifing semi. Check back next week for more revelations.

In this week’s chapter of “Daybreak” we learn a lot more about the history of the Dodecahedron, and Ben finds a new partner to help him solve the mystery of his father’s work.  We also posted a little Easter Egg with Chapter 3, featuring Kiefer Sutherland and David Mazouz from “Touch.”

Only two more episodes remain, and they have some very cool musical moments.

Next week’s is the final episode and I’ll upload a video blog to go with it!

If you’ve watched the series to the end, you’ve realized that the frequency of 528 Hz carries a special significance in the story. Viewers exploring the Jack Boxer app quickly figured out its frequency analyzer responds uniquely to that frequency.  (Many astute fans actually figured it out right after the first episode aired!) From the beginning, I wanted to take advantage of the frequency analyzer and incorporate it into the score, but that required a certain amount of digital trickery.  I detailed that experience in my newest video blog:

“Daybreak” gave me a rare opportunity to integrate pitch and tempo information into the narrative in a meaningful way. Series co-creator David Carter said that the score was “the perfect blend of human and magical that the fantastical story needs.”  Julian Katz, producer or BBDO, added that the “theme and score completely plussed our film. We were especially excited about the work he did to hide frequency-based ‘Easter eggs’ within the score for hardcore fans to interact with through the mobile app.” 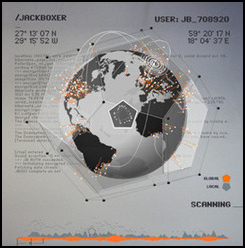 “One of my favorite parts of post production was watching each episode for final review before we released it online,” BBDO producer Nicholas Gaul told me.  “The room always got quiet as soon as the music started no matter how many times we’d heard it.”

Including the frequency of 528 Hz was not the only influence I took from that number. I also used 528 Hz to derive my tempos.  At a fundamental level, pitch and tempo are virtually identically.  528 Hz means that pitch is produced with 528 cycles every second in a sound wave.  Slow that down 60 times and you have 528 cycles (or events, or beats) in a minute. A frequency that slow feels more like a tempo than a specific note, because the beats are far enough apart that they can be perceived as individual events.  Make that tempo twice as slow, and you get 264 beats per minute (“bpm”).  Halve that speed once more and you end up with a very reasonable tempo of 132 bpm. 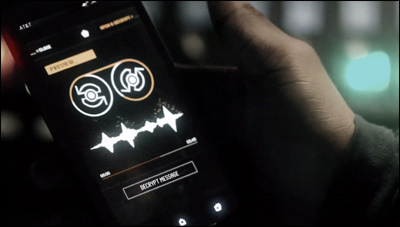 “Capturing action on film is just one part of the combination of parts that makes for a tight and well paced action sequence. Without the editors touch and the music it’s just a bunch of cool images,” said director Jon Cassar. “Daybreak’s action sequences went to a new level once Bear composed the music. As a director I appreciate how Bears music moves the action at such a breakneck speed you physically want to hold onto your chair. This is the first time I worked with Bear and the experience couldn’t have been more satisfying. He was an important part of my Daybreak team, and I’m sure our collaboration on another project or two awaits us in the future.”

Scoring “Daybreak” has been an extraordinary experience, and I certainly hope there’s an opportunity to explore this musical world further in the near future. 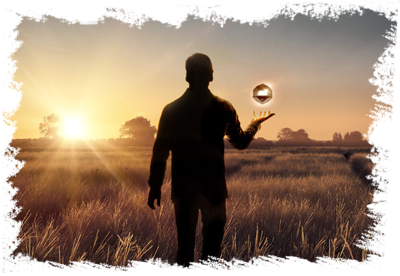 I would like to thank everyone involved with the production of my score:
Music Produced by Tom Seufert for Visual Music
Additional Music by Michael Beach and Jonathan Ortega
Music Mixed by Steve Kaplan
Music Editor: Ren Stewart
Special Thanks to: Michael Baber, Tom Brissette, Andy Harris, David Matics and Laurence Schwarz.