The next two are old news, and I’m kicking myself for not checking them out earlier.  I finally cracked open the Terminator: The Sarah Connor Chronicles Season 2 and Eureka Season 3.0 DVDs that came out last summer.  Each one includes a documentary about my score. 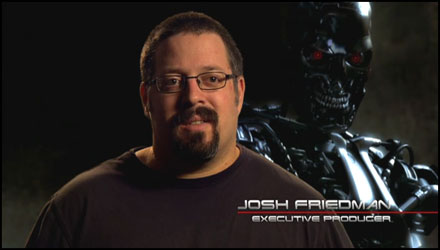 “Setting the Tempo” covers my work on Terminator and includes interviews with the executive producers and myself. 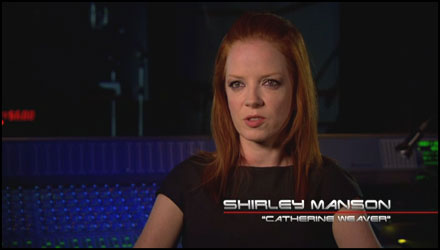 It also provides an in-depth look at the recording of the song “Samson and Delilah” with Shirley Manson, of Garbage fame.  It was a blast for me to look back on those recording sessions with Shirley, because they were so much fun. 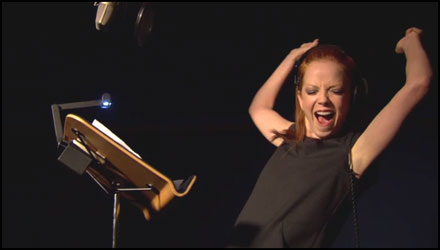 And seeing all those clips from the series cut to my score made me miss it even more.  Sarah was an extraordinary series that deserved to go on.  I really hope that one day this story continues in one form or another, because I’d love to go back and play with these themes again. 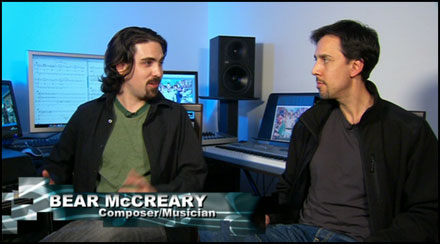 On the Eureka DVD, there’s a documentary called “Creating a Musical Personality” which features an interview with me and series creator Jaime Paglia at my studio.  I like this film because it doesn’t really follow a scripted structure, but basically ebbs and flows with the conversation between us. 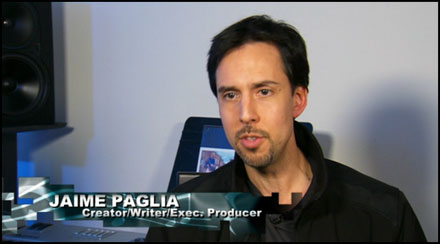 We cover our favorite musical moments from the first two seasons and discuss the series’ unique instrumentation and stylistic approach.  I even point out a hidden little easter egg in the score where I quoted the music of BSG.

However, the most interesting part of this doc comes towards the end.  Jaime asked me if there’s anything I’ve wanted to do with the series that I hadn’t had a chance to yet.  This began a conversation about an idea that is now actively in development for Season 4.  It may not happen still, but if it ever does, you can actually witness the exact moment when Jaime and I got the idea to do it! 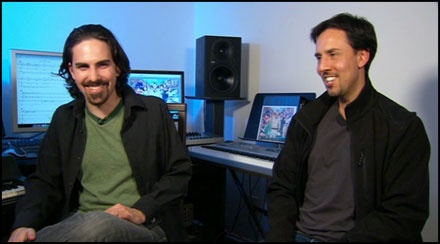 By the way, if you haven’t checked out my Eureka soundtrack CD, it’s really worth listening to.  Many of these cues are among the best I’ve ever produced.  I personally think that “Sheriff Carter’s Theme” and “Mask of Fargo” are worth the price alone!

Lastly, I wanted to mention that a new book is coming out that features interviews with many of todays top composers, including yours truly. 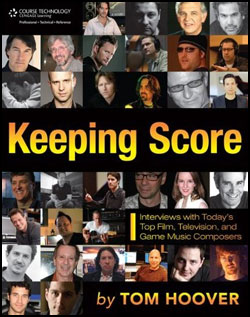 It’s pretty amazing to be listed with all these industry giants.  I haven’t checked out “Keeping Score” yet, but I’m eager to read what everyone else had to say.

Regrettably, that’s all the news fit to print.  My super-secret-totally-awesome announcement that should have been more than a week ago… is still ready to happen any minute.  But this experience teaches me not to tease you guys with information when the outcome isn’t directly in my hands.  Sorry!  But you’ll all be the first to know, I promise!  Check back soon.