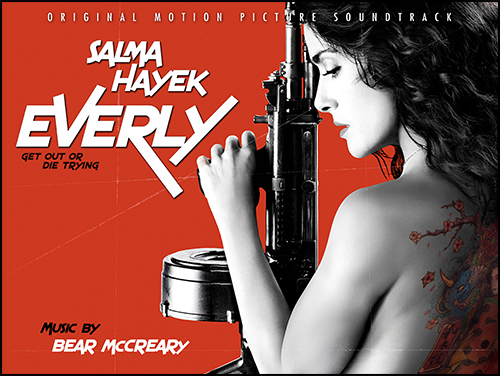 The groom was Joe Lynch, the filmmaker for whom I had just finished scoring Wrong Turn 2: Dead End. At the reception, I found myself seated next to the film’s star, Henry Rollins, who regaled the table with fascinating stories of his travels. Joe suddenly pulled up a chair beside me and oddly used this moment to pitch his newest cinematic idea: an action film that takes place in a single room, pitting a fearless prostitute against waves of assassins, led by a gangster named after a taiko drum as an homage to my percussive Battlestar Galactica scores. I knew Joe had a wicked sense of humor, so I laughed. A toast to Taiko then! Glasses clinked above the centerpiece, and we returned to a new Rollins story as Joe slipped past to the next table. As the evening wore on, and the champagne wore off, I began to fixate on what Joe had said. Might he have been serious about that movie? Furious taiko drums flooded my imagination. The seeds of my Everly score were planted. END_OF_DOCUMENT_TOKEN_TO_BE_REPLACED